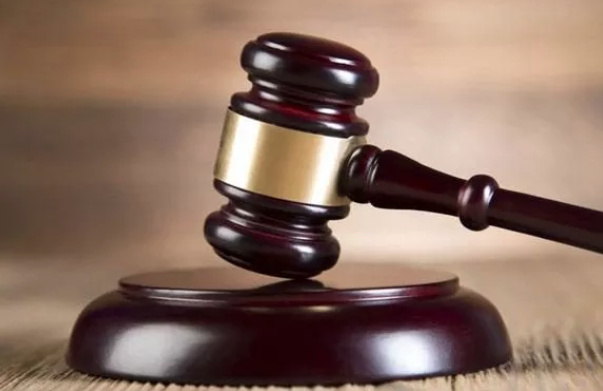 A man who led Gardai on a high-speed pursuit in Letterkenny has been spared prison.

James Deegan (27), of 23 Prehen Park in Derry, was given a six-month suspended sentence following the incident on October 20, 2018, described a Judge as ‘truly atrocious’.

During an 11-minute pursuit, Deegan reached speeds of 170km/h and, somehow, avoided injuring or killing someone in the process.

At 11pm on the night in question, Gardai observed a grey Scoda Octavia traveling at speed from the Ramelton Road to De Valera Road in Letterkenny.

Sergeant Jim Collins told Letterkenny District Court that Gardai activated the lights and siren and pursued the vehicle, which ‘took off and failed to stop’.

Deegan travelled at speeds of 120km/h on De Valera Road, overtaking vehicles and forcing oncoming cars to ‘swerve from his path’.

At Port Road, cars again had to take evasive action, with Deegan now reaching speeds as high as 140km/h.

Deegan, the court heart, swerved into two-lanes of oncoming traffic after the Polestar Roundabout after overtaking vehicles.

Gardai followed Deegan onto the dual carriageway on the N14 Letterkenny-Derry road, with the defendant traveling at 160-170km/h.

“The traffic unit deployed a stinger and caught the vehicle’s front tyres” Sergeant Collins said. “The vehicle continued at 160-170km/h for a number of kilometres until it began to slow down.”

The front tyre of the Octavia blew out at the Manor roundabout.

Three patrol cars stopped Deegan, who was arrested for dangerous driving and driving under the influence of intoxicants. €40 of cannabis, which was for the defendant’s own use, was found in the vehicle.

Deegan, a 27-year-old father-of-one whose partner is expecting their second child, has been receiving treatment for lymphoma.

Mr Curley said his client ‘panicked’ as he was in possession of a bag of cannabis and ‘didn’t want to get caught’.

Addressing the court, Deegan admitted that his actions were ‘unacceptable’.

Judge Kelly said he was taking into account Deegan’s early plea, the defendant’s personal circumstances and the fact that he appeared ‘very contrite’ in court.

“Fortunately, in spite of that, and no thanks to you, no-one was injured and that was a matter of pure luck,” Judge Paul Kelly said, noting that the case ‘undoubtedly warrants a custodial sentence’.

Judge Kelly reminded Deegan of the tragic accident on Sunday night in west Donegal, in which four young men lost their lives.

The Judge said Deegan could consider himself ‘extremely lucky’ to avoid a custodial sentence.