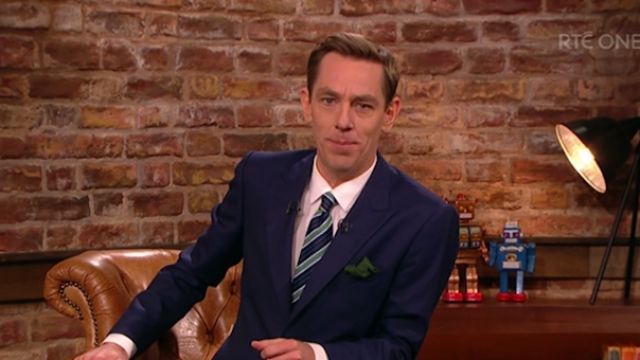 SINN Féin Councillor Sandra Duffy has criticised RTÉ’s flagship weekend chat show ‘The Late Late Show’ for yet another excluding viewers in the Six Counties yet again on the famous programme.

RTE has now blocked people from the North of Ireland from taking part in phone-in competitions on the Friday night proramme hosted by Ryan Tubridy.

Said Cllr Duffy: “The Late Late Show and RTÉ both came under widespread and fully warranted criticism when they displayed a so-called map of Ireland that had amputated the Six Counties.

“One would have thought they’d have learnt their lesson however Friday night’s episode saw viewers in the North again snubbed when they were excluded from taking part in the show’s weekly phone-in competition.

“The Late Late Show is an Irish institution, it is the longest running talk show in TV history, people in Derry and Belfast have grown up watching the show in the same way as people in Galway, Kerry and Dublin have.

“It is an established part of our collective Irish lives.

“RTÉ’s corporate charter compels them to reflect and engage audiences across the entirety of Ireland but yet another exclusion of a large swathe of Ireland and indeed an RTÉ audience defies that.

“Sinn Féin Senator Niall Ó Donnghaile will be contacting RTÉ and ‘The Late Late Show’ to convey the frustration and disappointment of those who have been in touch with the party and to encourage them to stop insulting this substantial section of their audience,” she added.