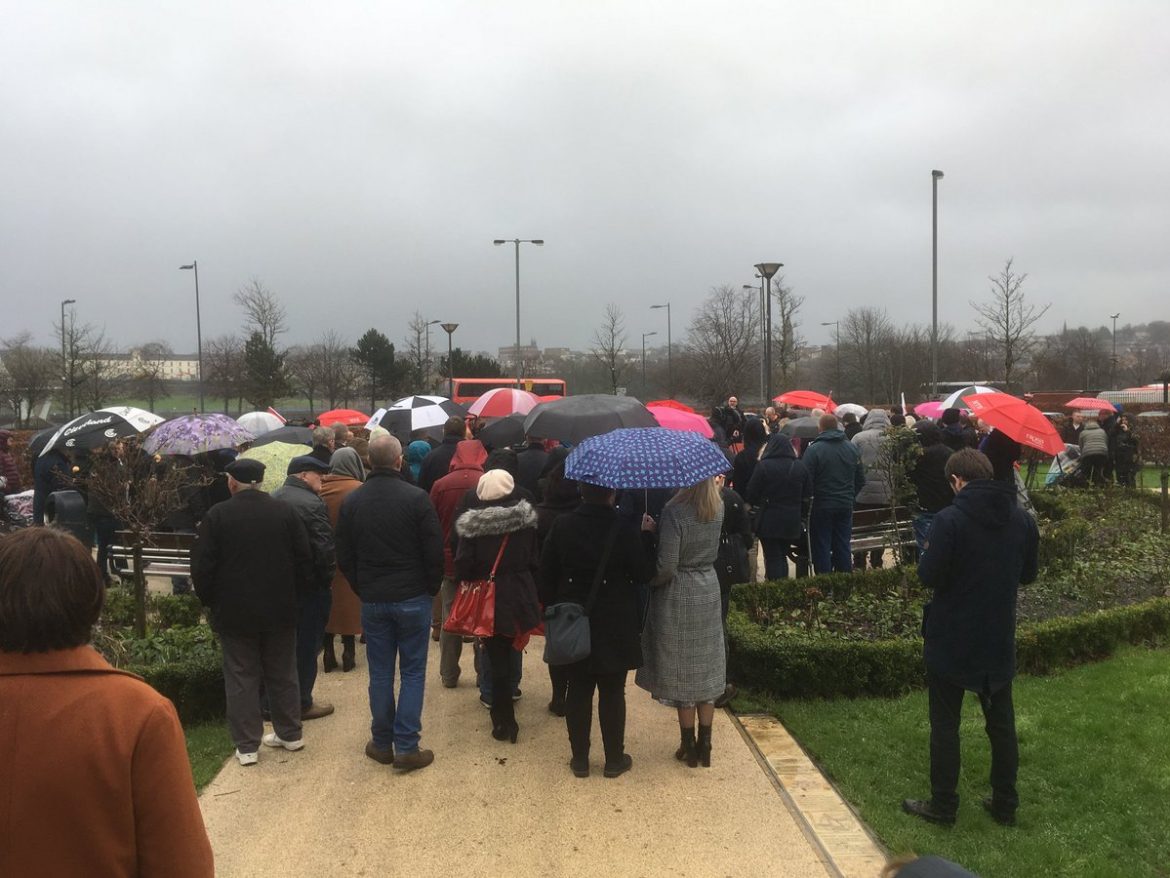 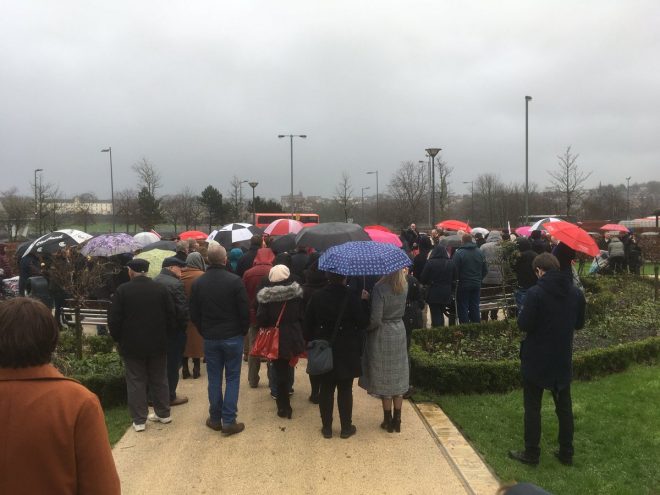 The ‘No Going Back’ rally beside The Guildhall was called for 1 pm after last Saturday night’s car bomb attack outside the courthouse in Bishop Street.

They heard that those who carried out the attack were aiming to “drag us back into futile conflict and bloodshed”.

The trade union NIPSA organised the rally with the backing of Derry Trades Union Council and the Irish Congress of Trades Union.

Speaking ahead of the rally, NIPSA President Patrick Mulholland said: “Those who carried out Saturday’s bombing in Derry aim to drag us back into futile conflict and bloodshed.

“Their actions achieve nothing but whipping up sectarian tension and potentially legitimising attacks on democratic rights.

“The trade union movement – representing workers from all backgrounds – has a proud tradition of standing up against sectarian forces from all sides, especially when workers are under threat. 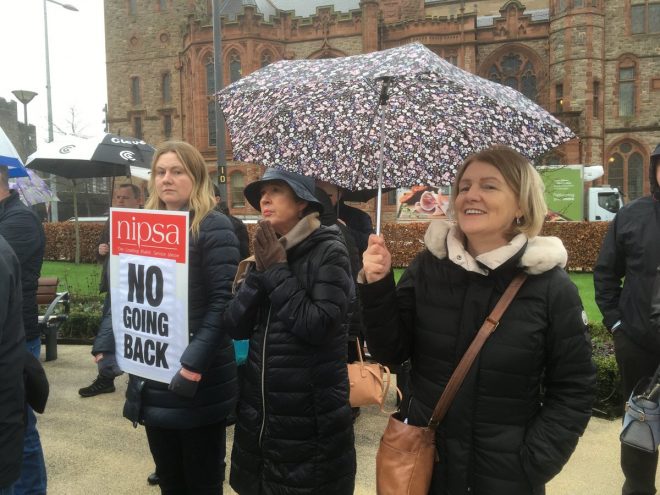 “We’ve called this protest to allow working people to send a clear message to these groups – No going back!”

NIPSA represents staff at Bishop Street courthouse which was the target of the attack was forced to close for two days while police and forensics examined the scene.

“Our public services are creaking at the seams. There is a growing housing crisis. In the workplace, low pay and zero-hour contracts are increasingly the norm.

“LGBT+ people and women are still being denied fundamental rights.

“These are issues which working-class people need to be coming together on now.”

NIPSA officials said the rally was to give people the chance to voice their opposition to the spate of recent paramilitary activity. 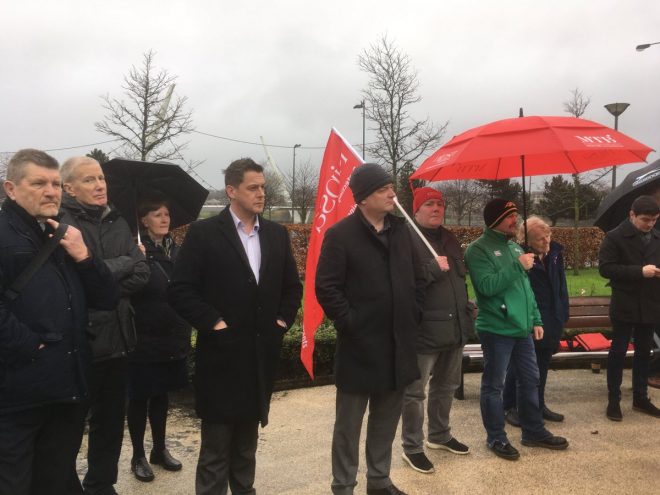 Following the car bomb at Bishop Street on Saturday, there were a spate of hoax alerts on on Monday.

A Housing Executive contractor’s van, a Royal Mail van and an Asda delivery van were hijacked and abandoned in different parts of the city.

Masked men was also tried but failed to hijack a Translink bus in Galliagh.

During follow up inquiries, police recovered a suspected firearm on Wednesday evening in the Brandywell.

Mr Eastwood said: “It iss important to stand in solidarity with the people of Derry and send a strong message that ‘we are not going back’.”

Michelle O’Neill said: “We must stand together, political, civic business and community leaders in the best interests of the people of Derry.

“There are small pockets of people that wish to hold society back, they will not succeed.

“Sinn Féin will continue to work to deliver hope and opportunity for Derry.” 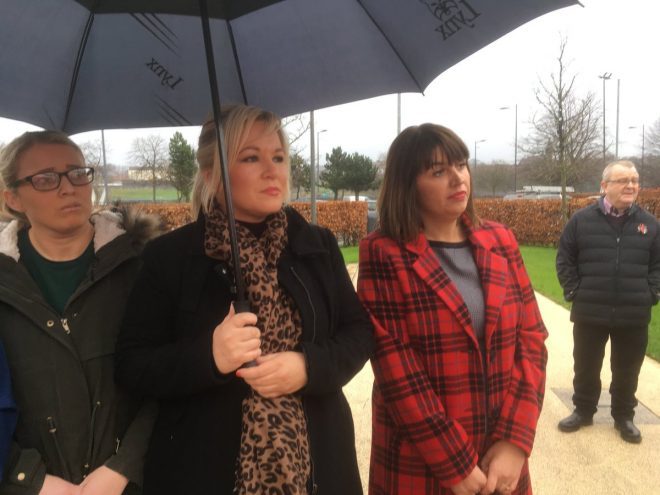