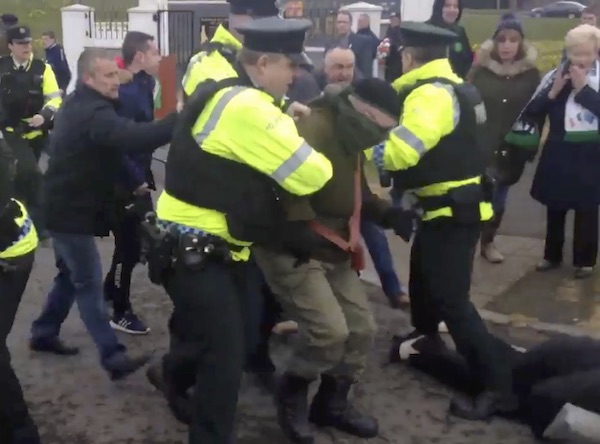 A DERRY republican was one of eight men convicted in relation to an un-notified dissident republican parade last year.

The parade, organised by Republican Sinn Fein the political wing of the Continuity IRA, was held in Lurgan on March 31, 2018, as part of an Easter Rising commemoration.

During the “colour party”, police clashed with masked demonstrators when they moved in to break up the parade as it made its way down the Levin Road in the town.

Eight men were convicted at Craigavon Magistrates’ Court on Tuesday and received fines.

Eamonn Michael Green, 31, from the Falls Road in west Belfast,

PSNI Chief Inspector Jon Burrows said: “This conviction follows a very thorough, tenacious and effective policing operation and investigation and demonstrates the commitment of the PSNI to bring offenders to justice, tackle paramilitarism and uphold the rule of law.

“I want to thank those who worked very hard to deliver this result.”