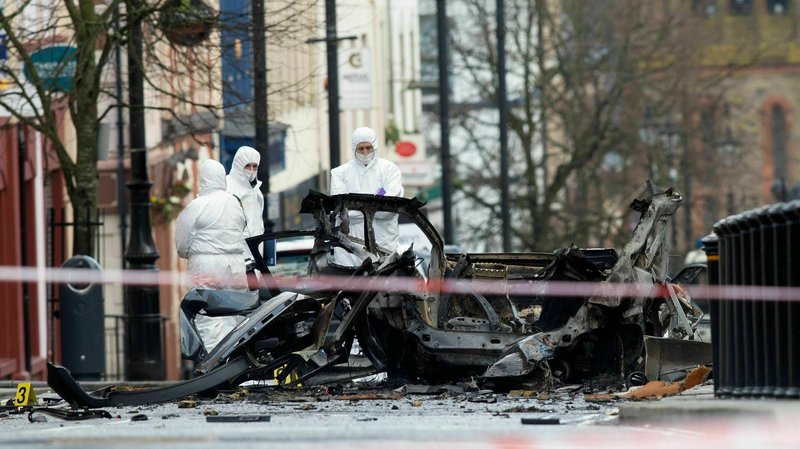 A pizza delivery van was hijacked by two armed men in Derry at about 6:00pm.

Two men have been arrested in connection with a car bomb that exploded near the courthouse in Derry yesterday evening at approximately 8:09pm.

Speculation has mounted overnight that the explosion was planned by the ‘New IRA’ group of dissident republicans, who have made no secret of their desire to exploit the fallout from Brexit.

Assistant Chief Constable Mark Hamilton said the van, with the bomb inside, was left outside the courthouse on Bishop Street at 19:23 GMT.