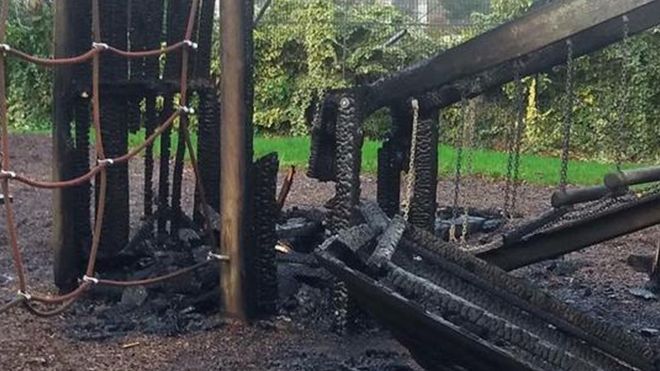 A PLAY park in Co Derry has been damaged by fire.

The incident in Eglinton happened sometime between Saturday night and Sunday morning.

The police have appealed for anyone with information to come forward.

“This park is used and enjoyed by families from Eglinton and far beyond,” Mr Mckeever said.

“The wanton destruction of it is an attack on the Eglinton Community.

“I and my SDLP Colleagues will be working with council to ensure that the park can be restored and reopened as soon as possible.”