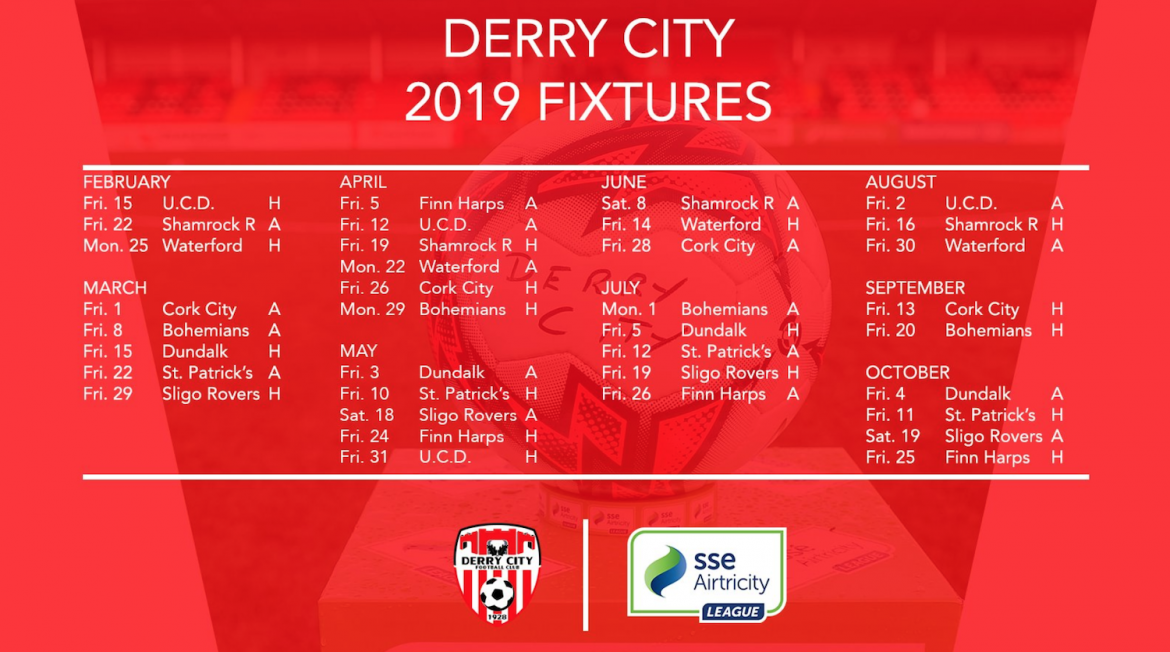 Derry City will start their SSE Airtricity League campaign at home against UCD, it has been confirmed.

League fixtures were released this afternoon and Declan Devine’s side will start their season at The Ryan McBride Brandywell Stadium against the Students on February 15.

The Candystripes’ first away game will come a week later against Shamrock Rovers on February 22, with the Lone Moor Road outfit back in the North West to face Watford on February 25.

Devine has been busy building his squad for 2019, with Peter Cherrie, Ally Gilchrist, Ciaran Coll, Jamie McDonagh, and Greg Sloggett already signed up for the new campaign.