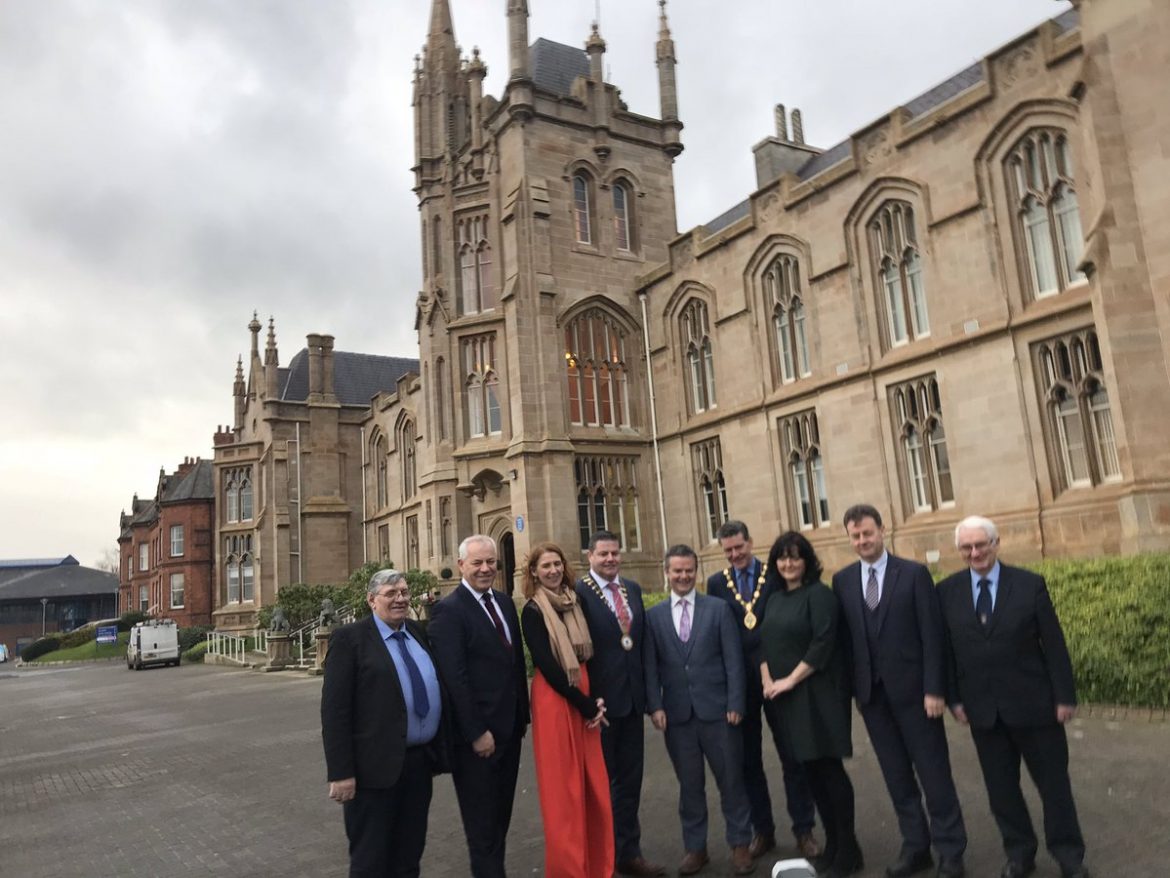 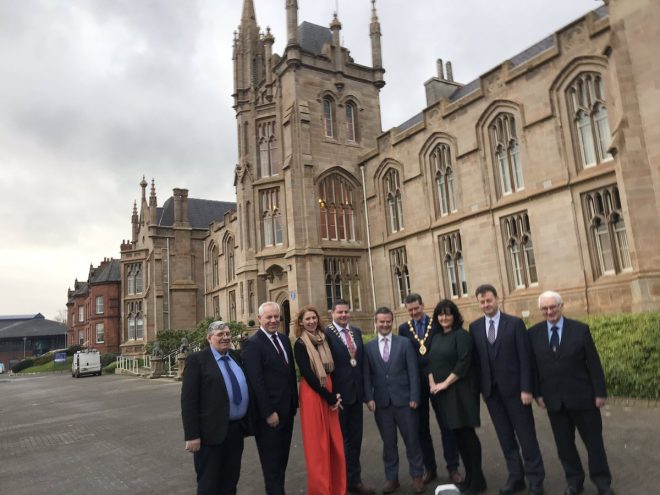 THE North West City Region is seeing the benefits of the North West Strategic Growth Partnership’s collaboration thanks to its strong focus on investment, growth and prosperity for the region, members were told at their bi-annual meeting in Derry.

The North West Strategic Growth Partnership is a unique partnership established in 2016 through the North South Ministerial Council.

It brings together senior Government officials from all Government departments in Northern Ireland and the Republic of Ireland to meet with Derry City and Strabane District Council and Donegal County Council to deliver on the strategic priorities aimed at bringing real and positive change for the North West City Region.

Jointly led by Derry City and Strabane District Council and Donegal County Council and supported by the International Centre for Local and Regional Development (ICLRD), the Partnership met at Ulster University at Magee.

Members were given an update on Thursday on Regional Growth Activities by the two Council Chief Executives on the ongoing collaborative work that is being done by the two Councils to continue to drive the ambitious growth plans for the region in terms of economic growth, investment, physical and environmental development as well as social and community cohesion and well-being.

Partnership members were also informed about the positive work being done to respond positively to the challenges and opportunities presented post-Brexit including information on the work that is being done on Brexit data analysis and ongoing communication with other Councils and with officials in London, Dublin and Brussels.

Dr Malachy O’Neill, Provost of Ulster University at Magee provided an update to members on the North West Education Collaboration between the University of Ulster, the Letterkenny Institute of Technology, the North West Regional College and the Donegal Education and Training Board, while representatives from ICLRD provided an update on the NW Regional Dashboard Project outlining the opportunities that exist for everyone to benefit from the data sharing opportunities the project will bring.

Speaking following the meeting, the Mayor of Derry City and Strabane District Council Cllr John Boyle said the meeting was hugely significant and evidence of the two Government’s commitment to the North West City region.

He said: “The importance of this unique partnership cannot be overstated, it is hugely significant that we have senior representatives from various departments from both Governments around the table talking about how they can work collaboratively to achieve growth for our region.

“This group has the potential to make a real difference to our region by giving us the tools to maximise our potential to drive real growth.”

Cathaoirleach of Donegal County Council, Cllr Seamus O’Domhnaill, praised the work of the North West Strategic Growth Partnership and the commitment shown by its members to work in collaboration to deliver on the key strategic priority needs of the region.

He said: “This is a very unique partnership that allows us to outline the key strategic priority needs for our region including critical transport and infrastructural requirements, industry and the economy as well as the work we can do to build on our strong existing cultural, heritage and tourism assets.

“At the meeting there was a real commitment from all of the members to assist in developing our resilience in a changing environment and working through sustainable engagement to achieve our vision for growth and prosperity.” 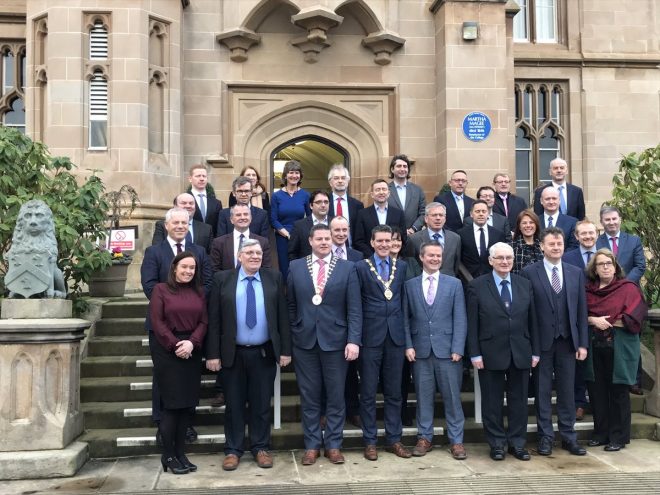 Derry City and Strabane District Council Chief Executive John Kelpie described the meeting as hugely beneficial for everyone involved and said the region is starting to see real and tangible benefits of the collaborative approach of the Partnership.

He reiterated the positive benefits of collaborative working at a senior level saying it was the best way forward towards achieving growth and prosperity for the region.

The NW Strategic Growth Partnership is organised in conjunction with and supported by The Executive Office and the Irish Government.