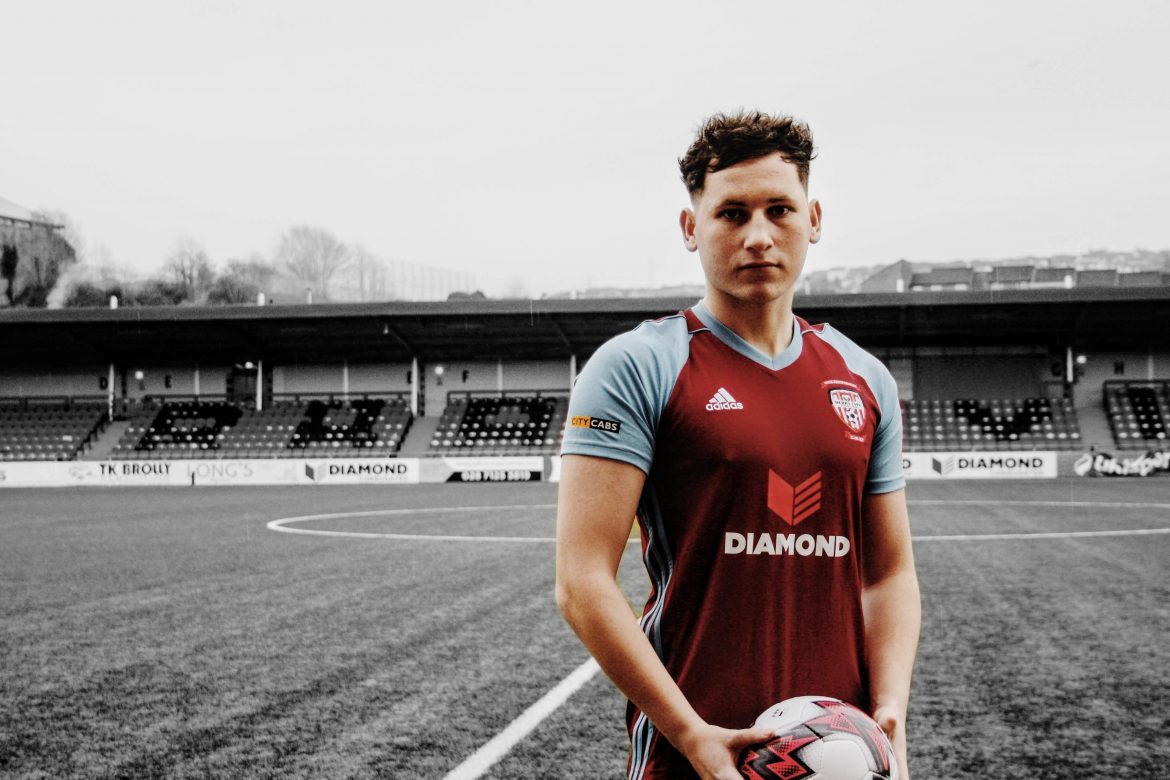 AS Derry City look forward to the 2019 season, the club have released a 90th anniversary kit to celebrate the club’s first competitive season in the Irish League.

The shirt returns to the original claret and blue which the Candystripes wore in the early years, before moving to the red and white stripes.

The kit will go on sale from the city centre store on Shipquay Street on Wednesday, December 12, at 12 noon.

The club was formed in 1928, following 13 years when the city was without a senior club. The club established as an affiliated club to the North West Football Association in May 1928. However the club was too late to join the Irish League that year, and therefore was admitted for the following season in 1929. The club was granted senior status in May 1929 and played its first game against Glentoran on the 22nd of August 1929.

“22-08-1929” – This historic date is stitched below the crest on this new commemorative shirt.

City may have lost their first game, losing 2-1 to Glentoran on that day back in August 1928, but it was the birth of a club that was to make its mark on Irish football both north and south and also to be known across Europe.

Whilst many fans may associate City only with the red and white stripes, these didn’t appear on our shirts until the mid 1930’s.

The shirt will serve as the team’s third shirt for the 2019 season and will be available for purchase in the Christmas club shop from Wednesday 12th of December. More shop info here.

The club say the shirts are priced at £35 for children and £45 for adults.

“Limited deliveries expected between now and Christmas, make sure that you don’t miss out.

“A perfect gift for yourself or any City fan this Christmas!”

Higgins: We need to be focused to...