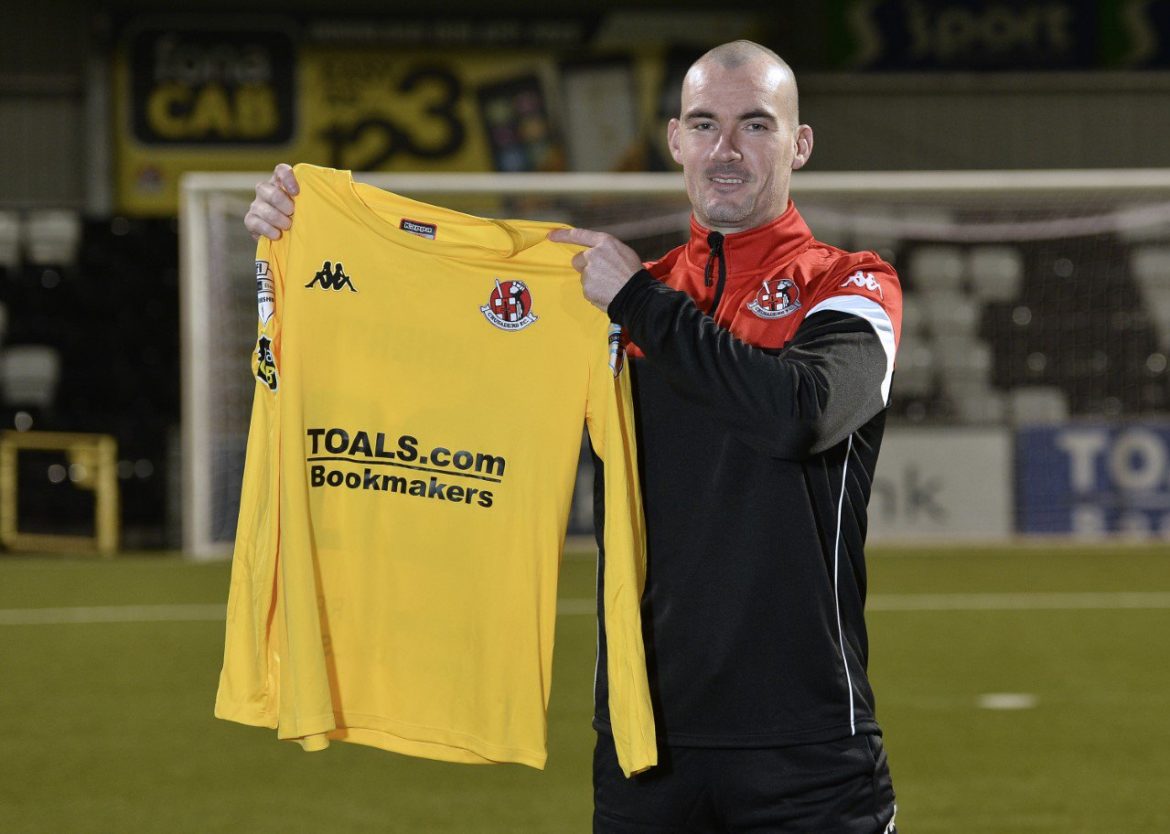 CRUSADERS have completed the signing of Gerard Doherty on an 18-month contract.

The goalkeeper spent 10-years with the Lone Moor Road side following spells in England and Wales.

The Danske Bank Premiership will officially sign the 37-year-old in January when the transfer window opens for Irish League teams.

Doherty, who played over 400 times for the Foyleside outfit, was handed the captaincy for Derry after the sudden death of Ryan McBride in 2017.

Speaking tonight, Stephen Baxter was delighted to get the deal done for the ‘commanding’ Doherty.

“His vast experience playing in the League of Ireland will be extremely beneficial to the squad as we push on in the new year.

“He is brilliant both in the air and as a stopper and the way he commands the box and keeps his defenders alert is superb.

“A great asset to the group of keepers we already have.”

The former Derry City goalkeeper is the latest player to make the move from the North-West to Belfast, with Rory Patterson (August) and Rory Hale (November) both signing this year.

Devine: We must put Harps match behind...