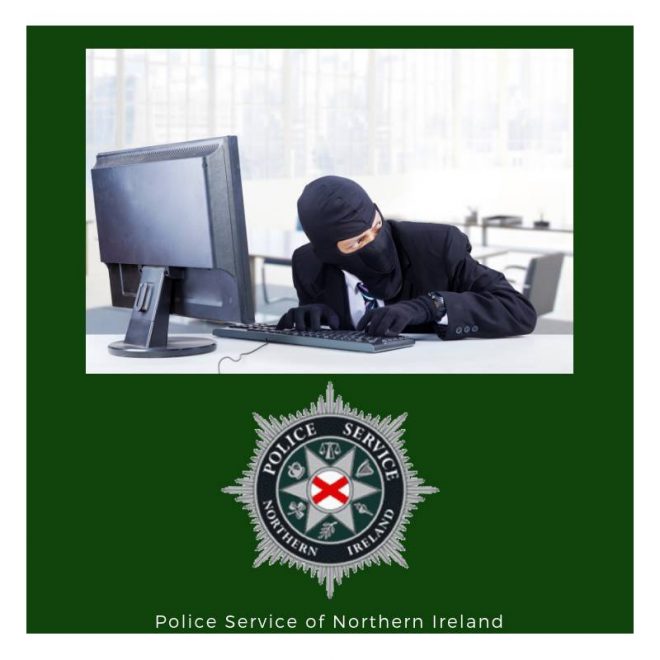 A senior police officer is urging the public in Derry to be vigilant after two recent reports of people who were scammed out of significant amounts of money.

Chief Superintendent Simon Walls said: “Unfortunately, these are just two examples of online scams where two people have been taken advantage of and lost a significant amount of their money.

“In the most recent case, reported yesterday, Monday, December 3, scammers claiming to be from British Telecom convinced a woman her account was being hacked from Amsterdam.

“In another report, a woman had initially received an email on 9 October from a scammer claiming to be from the HMRC about a tax rebate.

“The woman had been expecting a rebate, and for around the amount stated in the email, so she replied with her details.

“The next day having re-read the email the woman realised it was a scam due to the amount of spelling mistakes in it. She contacted her bank immediately who placed a flag on her account for suspicious activity.

“On 12 November, the woman received a call from a scammer claiming to be from her bank who said he noticed fraudulent activity on her account.

“He said he would close her account and open a new one but she would need to transfer her money to a different account, in amounts of £9,000 each day because that was the daily limit.

“The scammer sent the woman details via text from a number that was the same as her bank. The woman subsequently made transfers of different amounts over a number of days.

“Unfortunately, the woman lost all the money transferred and it shows just how easy it is for people to be caught out.

“Scammers know all the tricks and can copy phone numbers to make it appear texts are sent legitimately when they aren’t, which is what happened in this case.

“Banks will never ask you to transfer money over the phone and, if they do, then this should raise your suspicions that something isn’t right.

“We are reassured that people are able to spot these scams, and they are picking up the phone to report them to us.

“However, we would continue to urge members of the public to always err on the side of caution with any text, call, email or letter asking for payment or personal details in order to release money, refund fees, pay lottery wins or supply a holiday, giveaway or service.

“If you are at all suspicious about a call you receive, hang up and phone the organisation the person is purporting to represent to check their authenticity.

“Ideally, make the call from another telephone so you can be sure the original caller has not remained on the line. Never be pressured into a transaction over the phone.

“Guarding your personal and banking details is essential.

“Never disclose them to any unauthorised person or allow anyone access to them via your computer.

“If you have received a call of this kind or are concerned by the intent of unsolicited calls, emails or letters then please report it to Action Fraud via their website www.actionfraud.police.uk or by phoning 0300 123 2040, or call police on the non-emergency number 101.

“Further advice and information can also be obtained by visiting www.nidirect.gov.uk/scamwiseni or the ScamwiseNI Facebook page @scamwiseni

“And remember if you can spot a scam, you can stop a scam,” added Chief Supt Walls.