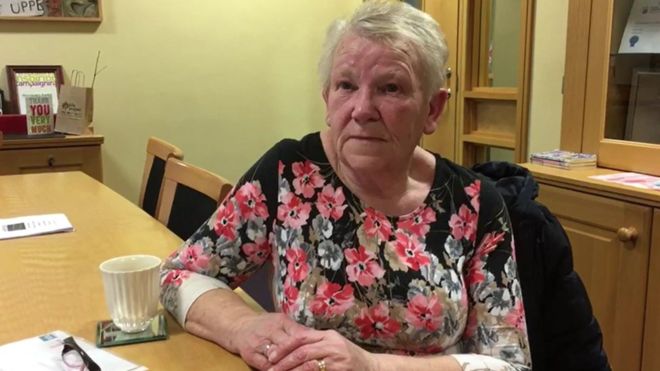 A heartbroken widow in Derry has been left devastated after callous thieves broken into her home and stole stole six all bought for her by her late husband Roy.

Marie’s husband Roy died in July and the rings he .

A wedding band, engagement and eternity rings and cash were taken during a break-in at her home in the city’s Waterside on 23 November.

A ring holding the birthstones of her children – including that of her baby daughter who died 47 years ago – was also taken.

“She was only 13 days old when she died and I have no memories of her, I have no photograph of her,” said Mrs Ewing.

“Now I have nothing left of her because they took it – it is heartbreaking.”

She said the rings were bought for her by her late husband.

“They are all I have left of him too.

“I just wish they would leave them on the doorstep or on the street so that someone could pick them up and give them back to me,” she added.

And in a parting shot to the widow, the heartless thieves left a £1 coin under her pillow.

Mrs Ewing was at work when her daughter contacted her about the burglary.

She said that she found the “back door was busted open” when she returned home.

“When I went upstairs the whole house was wrecked,” she said.

Police have appealed for anyone with information about the incident to come forward.

Anyone with information about who committed the burglary should ring police on the 101 number.