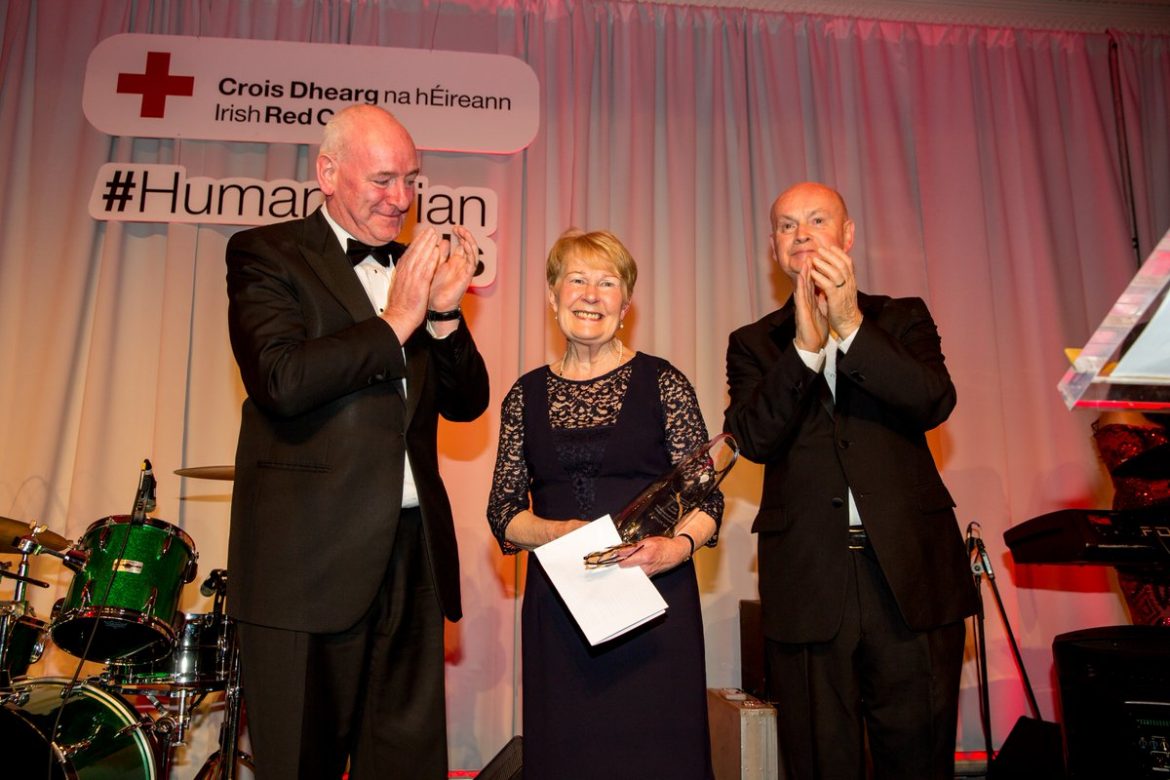 PAT Hume was presented with a lifetime achievement award in recognition of her decades of public service to the people of Derry – especially the role she played alongside her husband John Hume during the peace process.

Mrs Hume was lauded as a “sense of heart and hope” and a “perpetual tonic” during the Troubles who had helped to run her husband John’s constituency office while he worked for peace and investment in Derry.

The 80-year-old was presented with the award by Mark Durkan, a former leaders of the SDLP.

He said: “No matter what predicament people were in, be it through vioelnce or social deprivation, Pat had an instinct and always found a way to lift you.

“She has a true humanitarian ethic. She has given a lifetime of service and example to us all just through the steadfast support she has shown to John during many difficult years but she has been a source of heart and hope when the hurt was its worst.”

Receiving the award< Mrs Hume told a packed audience she was "overwhelmed and humbled'' "My initial responswe was t be somewhat shocked. I knew immediately there are many others who more clearly deserve this honour,'' said the mother-of-five. "But with reflection I have gradually come to recognise I am here to represent many people - people who have struggled to sustain fundamental human values amidst the brutal tragedy of social conflict and also, of those who struggle with the smaller daily challenges of living alongside longterm illness.'' She also paid tribute to her husband John's "core principles'' that "became his anchor''. The awards, which took place in the Clayton Hotel, Burlington Road, also recognised Guardian journalist Maggie O’Kane, FoodCloud, Aviva, the Irish Defences and Tullamore College students. Dublin's Alice Leahy was also named Irish Red Cross Humanitarian of the Year at the event. Leahy is director and co-founder of the Alice Leahy Trust, a befriending, social and health service for people who are homeless. Irish Red Cross ambassador and Letterkenny man, Jason Black played an integral part in the Humanitarian awards and he presented Leahy with her award on Sunday night. Pat Carey, chairman of the Irish Red Cross, said; “Alice Leahy has dedicated a lifetime to helping society’s most disadvantaged people. "She has developed an unrivalled understanding of the needs of those on the margins of society and during every day of her working life she has implemented practical measures to help combat social exclusion.”