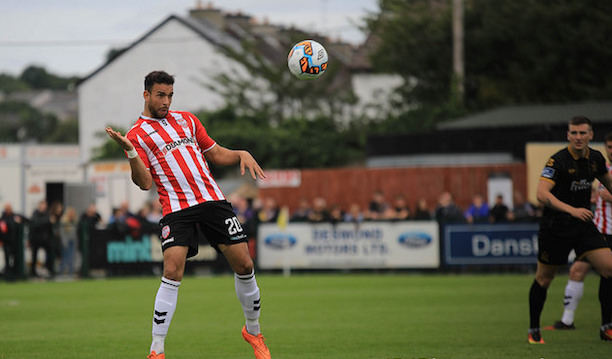 The Scottish defender was keen on staying at the Brandywell club for another year, but the new Derry boss informed the former Livingston and Greenock Morton player he wasn’t in his plans for the 2019 campaign.

Posting on Twitter, Cole confirmed his departure from the Lone Moor Road outfit, having spent one and half seasons on Foyleside.

“I would like to take this opportunity to thank everyone involved with Derry City FC for the last two seasons,” Cole said. “I absolutely loved my time at the club and have met some amazing people along the way.

“Unfortunately the season didn’t end the way we wanted it to but none the less I want to thank fans for sticking with the team and I would like to thank Kenny Shiels and his backroom staff for all the work behind the scenes.

“I think Derry is an amazing city, club and the people have made me feel more than welcome.”

“I would like to wish Declan Devine and his team all the best for the season ahead,” the Scot concluded:

With several avenues open to the player, it is unclear whether the defender will stay in the League of Ireland or return home to Scotland to continue his career.