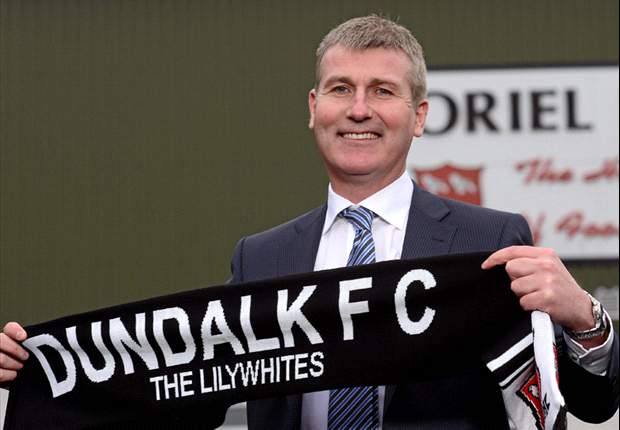 Stephen Kenny is set to take over as the Republic of Ireland U21 manager – and could succeed Mick McCarthy as senior manager in 2020.

McCarthy is set to be unveiled tomorrow as the new senior team manager for the Euro 2020 campaign.

Former Derry City manager Kenny, who lives in Fahan, was spoken to about the senior vacancy by FAI chiefs, but they have plumped instead for the experience of McCarthy to replace Martin O’Neill.

Kenny has guided Dundalk to four League titles and the group stages of the Europa League in 2016 and was seen by many as a realistic successor.

However, a role within the International set-up has now been found for the 47-year-old Dubliner.

Kenny will take over as U21 manager, filling the vacancy left by the recent departure of Noel King.

However, that appointment comes with a view to succeeding McCarthy in the senior hotseat in two years’ time.

Kenny is known to be seriously ambitious in the game and, in addition to the U21 portfolio, he will oversee the development of players from U15 to U19 levels.

McCarthy agreed a €1.2m package with FAI CEO John Delaney late in the week and returns to a role he had until 2002. His brief will be a simple one – get Ireland to Euro 2020.

The draw for the Euro 2020 qualifiers will be held in Dublin on Sunday-week.

McCarthy and Kenny will be announced tomorrow in their new roles.

McCarthy will be joined on his backroom staff by Terry Connor and Robbie Keane.

Former Irish international Keith Andrews called earlier in the week for Shay Given to be given the role of goalkeeping coach,