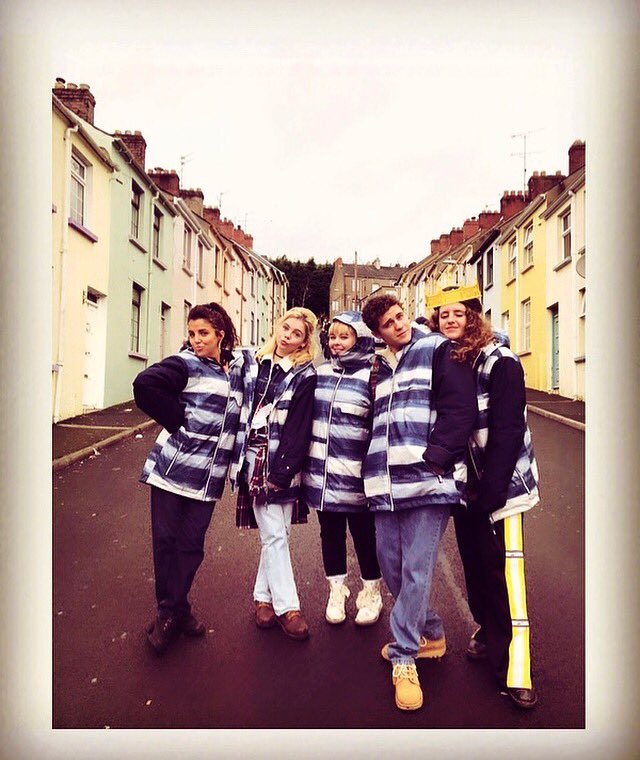 Filming for second series of Derry Girls starts in city

FILMING for scenes to the news series of the hit comedy Derry Girls has started in the city today.

They were spotted in Bogside today filming scenes for the long awaited second series.

On Thursday, filming moves to the city centre where a number of traders in the street had complained by letter to Derry City and Strabane District Council about plans to close the street to traffic next week to allow filming.

The filming will see the closure of Shipquay Place and Shipquay Street to traffic from Thursday, November 15 and on Friday, November 16, between 9.15 am and 5 pm.

A ‘stop and go’ system will be put in place in a bid to allow traffic through during breaks in filming.

But the street won’t be closed to pedestrians.

The matter was discussed at a special meeting of the council’s Health and Community Committee last week.

Councillors heard the Derry-born writer of the series Lisa McGee wanted to film in her home city as she didn’t want to ‘fake Derry’ after scenes from the first series were shot in Belfast.

Hat Trick Productions, who are making the award winning series for Channel 4 TV, said they would be using the backdrop of the Guildhall which would help boost tourism to the area.

The traders claimed the street closure would hit deliveries and there was an onus on the council to help them as their businesses were already struggling.

Councillors were told the PSNI and Roads Service had no objections to the closures.

After a short adjournment, the council gave the closure the green light.

Committee chair and Sinn Fein councillor Ruairi McHugh said the committee was of the opinion that the positives ‘outweighed’ the negatives.

The new series is expected to aired in the Spring of 2019.