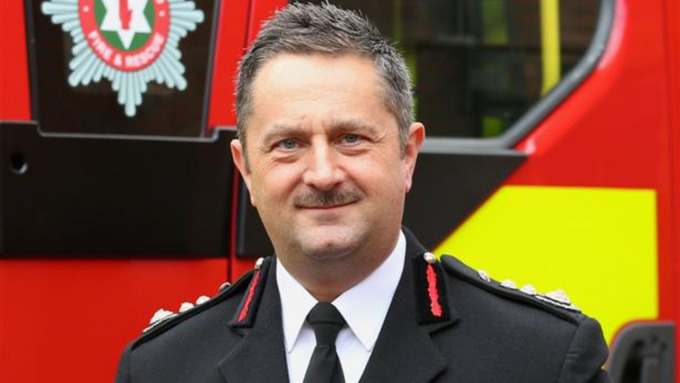 THE North’s chief fire officer has led the service in paying tribute following the tragic death of a colleague this morning in Co Derry.

Jim Winton was killed after being struck by a bin lorry he was working on just after 7.30 am this morning in Mount Eden, Limavady.

The 51-year-old was a Retained Firefighter in Limavady for the past 24 months.

He said: “Northern Ireland Fire & Rescue Service (NIFRS) is devastated to learn of the death of our colleague Firefighter John Winton who died this morning in an off-duty incident.

“On behalf of NIFRS, I extend our sincere sympathies and condolences to John’s family, his mother Margaret and his children Lisa and Gavin, at this difficult time.

“John was a Retained Firefighter at Limavady Fire Station, having joined NIFRS almost two years ago on 19 November 2016.

“His untimely death at the age of 51 will be greatly felt by all who knew and worked with him.

“John was a dedicated Firefighter serving his home town with distinction and he was extremely popular amongst his colleagues.

“His death will be felt across the entire Service and the NIFRS family.

“John’s colleagues from Limavady Fire Station and neighbouring Stations of Dungiven and Crescent Link attended the incident this morning which happened on Mount Eden, Limavady at 7.36am.

“NIFRS is offering support to John’s family and his colleagues at this difficult time.”

SDLP councillor John Deighan said: “Condolences to the family of this man. It is such a tragic accident to happen to someone doing their daily working round.

“No one thinks when they are going out to work in the morning that they won’t be coming back.”

The Health and Safety Executive are aware of the incident and have attended the scene to make enquiries.

The incident is also being investigated by police.

PSNI Inspector Siobhan Watt said: “An investigation is underway to establish the full circumstances of the incident.

“Police have appealed to any witnesses to contact them at the Collision Investigation Unit on 101, quoting reference number 195 of 06/11/18.”

MOT in ‘shambles’ as DVA suspends all...