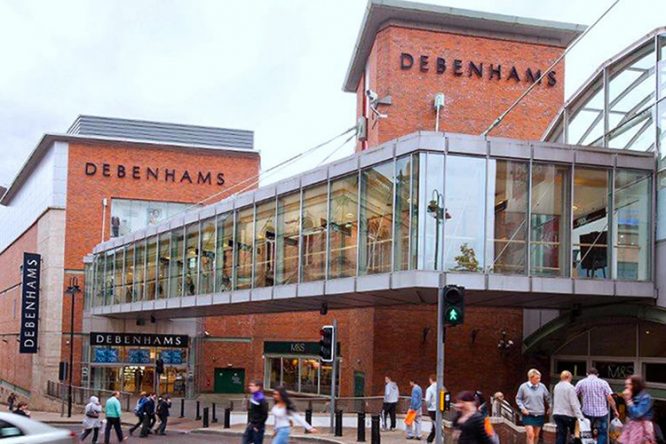 HIGH street retailer Debenhams is seeking to close 50 of its 166 stores in a radical overhaul as it prepares to reveal a record £500m loss.

But it is keeping tight-lipped over the future of the five Debenham stores in the North of Ireland, including its Derry store at the Foyleside Shopping Centre.

As well as the Foyle Street store, Debenhams has outlets in Belfast, Ballymena, Craigavon and Newry.

The struggling department store chain has previously said 10 stores were earmarked for closure over the next five years but has raised that target now to 50 with 4,000 jobs under threat.

About 25 store leases are due to expire over the next five years, although the company will not necessarily want to close all of those outlets.

Debenhams will have to negotiate ending other leases with landlords, many of which may be reluctant to do so given the headwinds facing retailers.

The chain has been under increased scrutiny since rival House of Fraser collapsed in August.

Last month Debenhams sought to reassure investors about its finances after appointing KPMG to help improve its performance and maximise shareholder value.

It has issued three profit warnings this year and shares have fallen from 35p in January to just 8.5p, valuing the company at just over £100m. 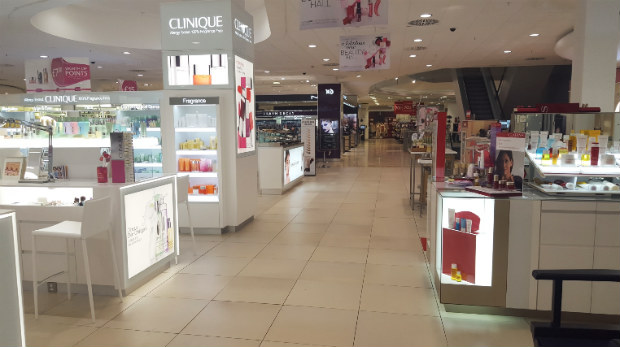 The beauty hall in Debenhams at Foyleside Shopping Centre

Debenhams tight-lipped over future of Derry store as 50 shops to shut was last modified: October 25th, 2018 by John