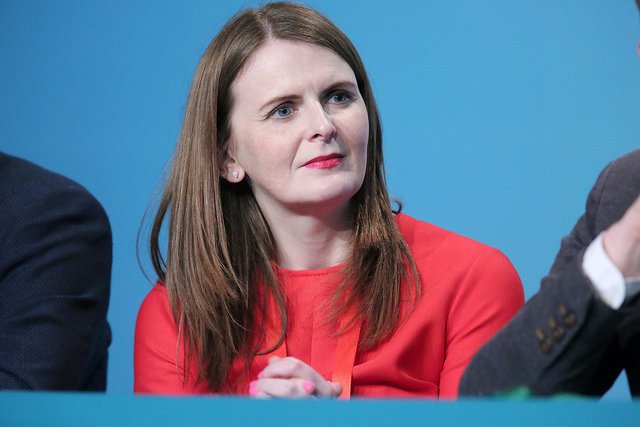 Brexit must not be allowed to damage scientific research – Archibald

SINN Féin’S Caoimhe Archibald had said Brexit must not be allowed to damage scientific research and the concerns of the scientific community must be heard.

The vice chair of the All-Party Group on Science Technology Engineering & Maths was speaking after 29 Nobel Laureates and six Fields medal winners sent a letter to Theresa May and Jean-Claude Juncker.

The East Derry MLA said: “The impact of Brexit is of huge concern for the scientific community, it will be deeply damaging particularly for the universities and research sector.

“The uncertainty of the Brexit process has caused great concern, for those EU citizens currently working in the north and Britain; and also for universities and research organisations seeking to recruit talented staff and students.

“Freedom of movement is essential to keep the brightest scientific talent travelling to Britain and the north to study and work.

“An internal survey carried out at the Francis Crick Institute in London found that 78% of the EU scientists currently working there said they were ‘less likely’ to stay in Britain and the north, with 51% of all the institute’s scientists, including those from Britain, saying they were less likely to stay.

“Forty five per cent of lab heads said Brexit had already affected their work when it came to recruiting new scientists, being included in collaborative funding applications or facing increased costs for consumables after the fall in the pound.

“In order to protect the future of science and research in the north, it is essential to secure an outcome in the Brexit negotiations which sees the north remain in the customs union and single market with the continued free movement citizens and access to EU funding streams,” added the East Derry MLA.

Brexit must not be allowed to damage scientific research – Archibald was last modified: October 23rd, 2018 by John