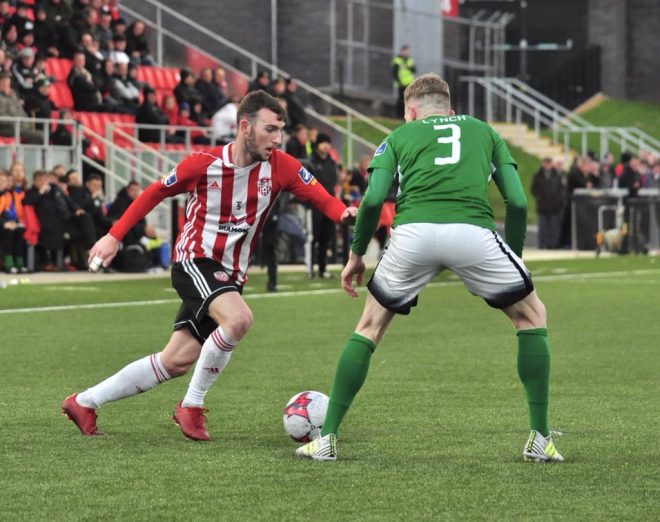 DERRY City manager Kenny Shiels has hinted at changes to his starting XI as the Candystripes head to Bray for tonight night’s penultimate game of 2018 (kick off 7.45 pm).

It is the final week of what has turned out to be a disappointing league campaign for the Derry boss and one or two of his fringe players look likely to get a run out at the Carlisle Grounds.

That won’t mean taking their eye off the ball, however, as Shiels insisted his side wanted to finish the year as best they could.

“We’re going there looking to win the game, I can tell you that” he said.

“There will be a chance this week for some of the squad who haven’t maybe played as much as others, however that’s not to say there will be wholesale changes.”

Shiels added: “Nicky Low was forced off with an injury on Friday night so he won’t feature but we’ll see where we’re at once we get there.”

There is little at stake for either side in this evening’s encounter.

The seasiders’ relegation from the Premier Division having long since been confirmed while any chance of a top-half finish for the Candy Stripes ended with a home defeat to Cork at the weekend.

Much work remains to be done at Brandywell in the coming weeks and months as the club tries to rediscover the formula that accompanied them on their return to their spiritual home earlier in the season.