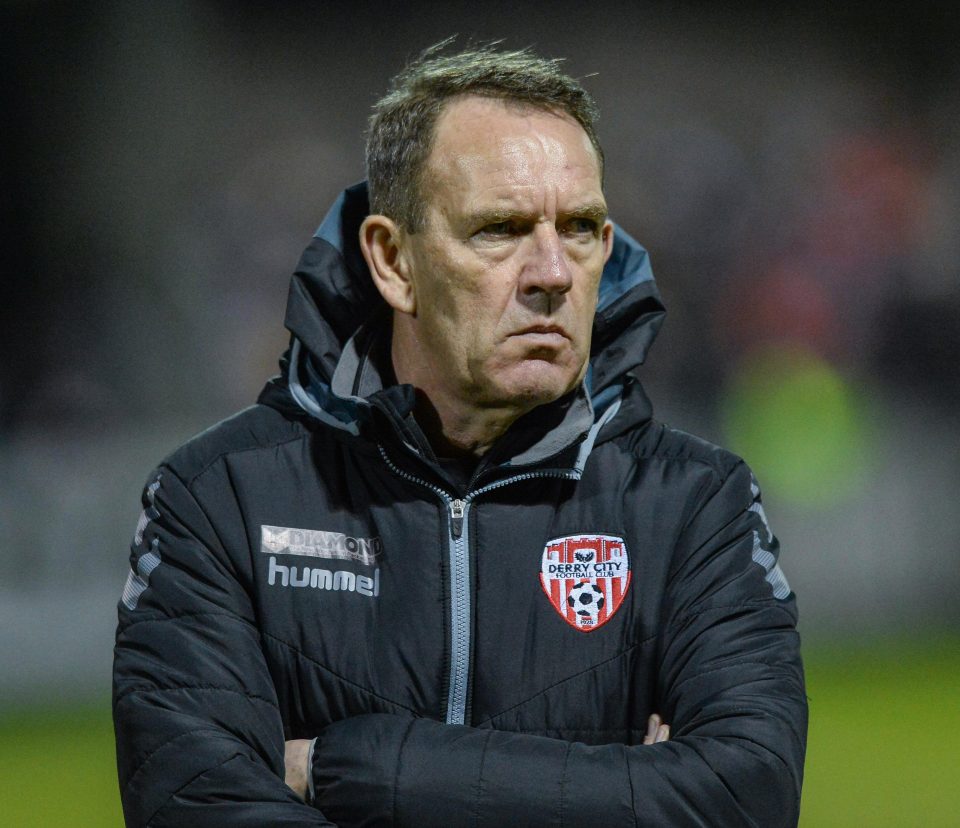 DERRY City manager Kenny Shiels insists fans do not want a managerial change, despite gathering only 16 points in 20 league games, recording only one win in their last seven league outings.

The Derry City boss was speaking following the Foylesiders 3-0 defeat to Cork City at the Brandywell in their final home league game of the season – Derry City fans booed following the conclusion of the game. When asked if he thought supporters wanted a change of leadership, Shiels said: “Naw, naw, they’re not (looking for a change),” Shiels said. “They are not calling for a change (of manager), they are just frustrated, the same as me.

“I have had bigger battles than this, believe me, and I have came through them. I respect the frustration of the supporters, there is no other way I can put that, I respect their frustration. They should come and see me if they want me to explain things to them.”

Speaking on the performance, Shiels said he was ‘delighted’ with Derry City’s showing, but not the 3-0 outcome suffered at the Brandywell against Cork City on Friday.

“The performance and the outcome where two different animals tonight,” Shiels added. “If you go through the game and look at how we had control of the game, and then we concede one from a counter attack, but we still be brave on the ball.

“We had five chances in the first half, we had good momentum and we still kept going at them, and we still couldn’t get the equaliser.

“Then Gerard (Doherty) drops one in, in the second half, and it’s 2-0 and we went at them again, we showed great character for such a young team.

“I am delighted in the performance,” he said. “The outcome, the scoreline, kills me again, it kills us all, but I have to say that the performance was really good and then the substitute comes on and he puts a cross in and he shanks it and it goes into the roof of the net.

“So, you can see, if you look at the three goals conceded and the amount of good momentum, and patterns in the game and you look at the age of our team, it’s the youngest team in the league by quite some.

“You’ve got five under-21 internationals and three other teenagers, we brought Shane (McNamee) and young Aidy (Delap) on, and we had Eoin Toal, who is another teenager.

“You go through that team, the two young Hales, it’s been a great season to get a trophy.”

Goals from Barry McNamee and Shane Daly-Bütz either side of a Gerard Doherty’s own goal was enough to secure the three points for Cork City. Barry McNamee celebrates his goal for Cork City after 14 minutes

The defeat means Derry City have only won one victory in their last seven league outings – 16 points from a possible 60 on offer since May 11.

“I have seen it so much in football, every little thing there is a criticism and you have to manage your team around that criticism, which I have done and I am proud of what I have achieved this season.

“I want to finish the season again and hopefully get a result on Monday and Friday, we have to look at those two games separately, and try and win them as well.

“I am really really delighted with the performance, but not the result.”

Derry City’s next fixture is against Bray Wanderers this Monday, October 22 at 7.45pm