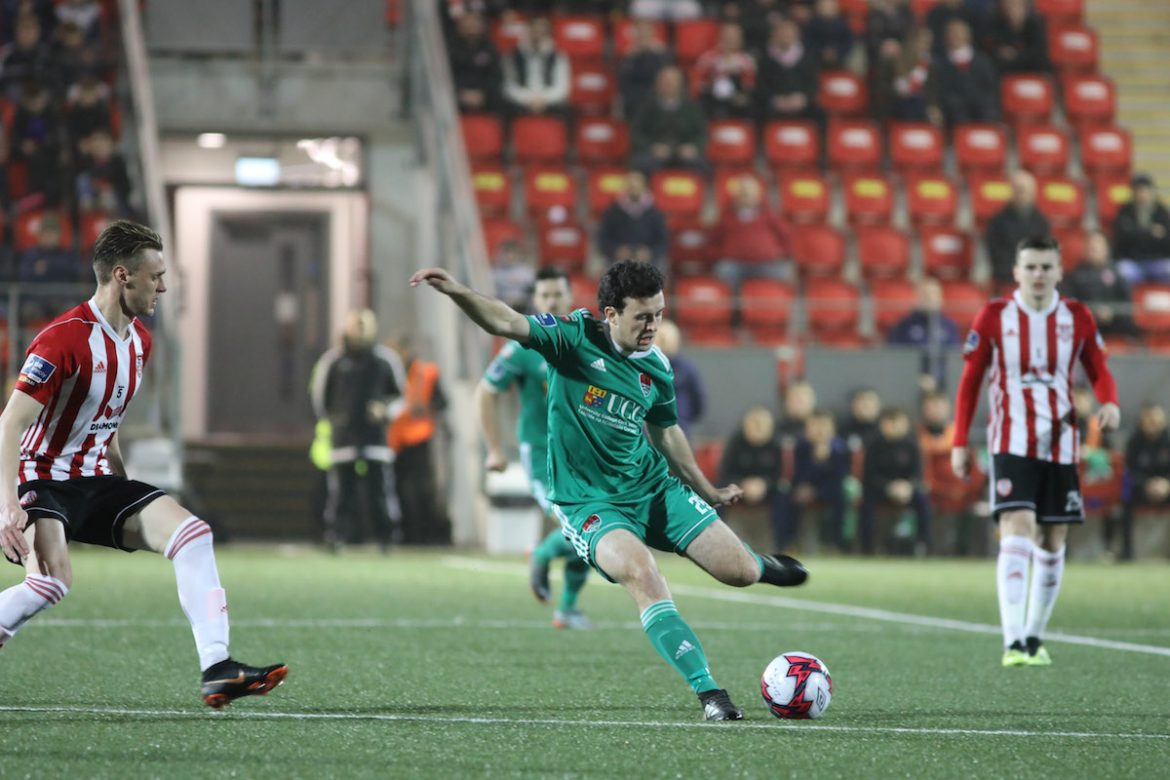 DERRY City ended their league campaign at the Brandywell with a 3-0 defeat against Cork City in what was an extremely poor night for the Foylesiders.

Goals from Barry McNamee and Shane Daly-Bütz either side of a Gerard Doherty’s own goal was enough to secure the three points for Cork City.

The defeat means Derry City have only won one victory in their last seven league outings – 16 points from a possible 60 on offer since May.

There was a vibrant start to the game at the Brandywell from Cork City as the same profligate mistakes persisted for Derry City, a major weakness all year and they were made to pay for it early.

After Aaron McEneff cheaply conceded possession on his 18-yard line, a rampant Gary Buckley surged forward on the counter-attack, four on three.

With Kieran Sadlier and Barry McNamee both in space, in threating positions, Buckley opted to his right and McNamee was there to curl the ball past Gerard Doherty to score against his former club and open the scoring after 14 minutes. 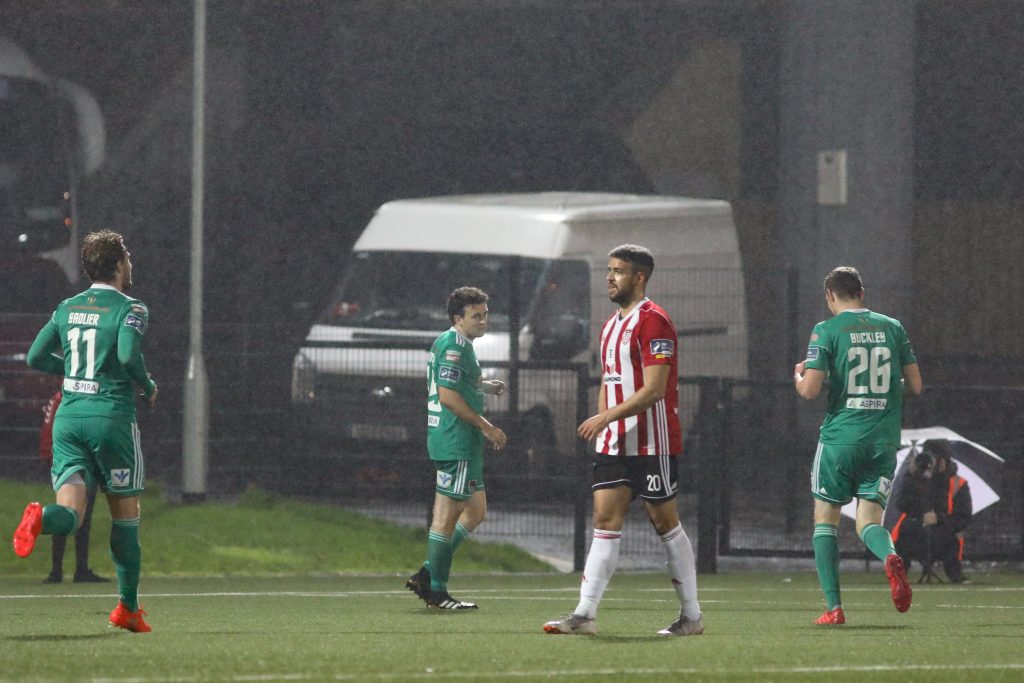 Barry McNamee celebrates his goal for Cork City after 14 minutes

(All photos by JP Photography)

The Candy Stripes responded with several promising attacks of their own, Ben Fisk coming closest at Cheerie near post after 20 minutes.

Ten minutes before half-time Ally Roy was fouled just outside the 18-yard box in a dangerous position for Derry, but another chance went begging, in fact, this chance went blazing well over the crossbar – a poor effort that summed up City’s season.

In the second half, it wasn’t long before John Caulfield’s side got their second of the contest. Kieran Sadlier’s delivery from the corner kick proved a problem for Gerard Doherty, so much so, he couldn’t clear the danger, instead, punching it into his own net. 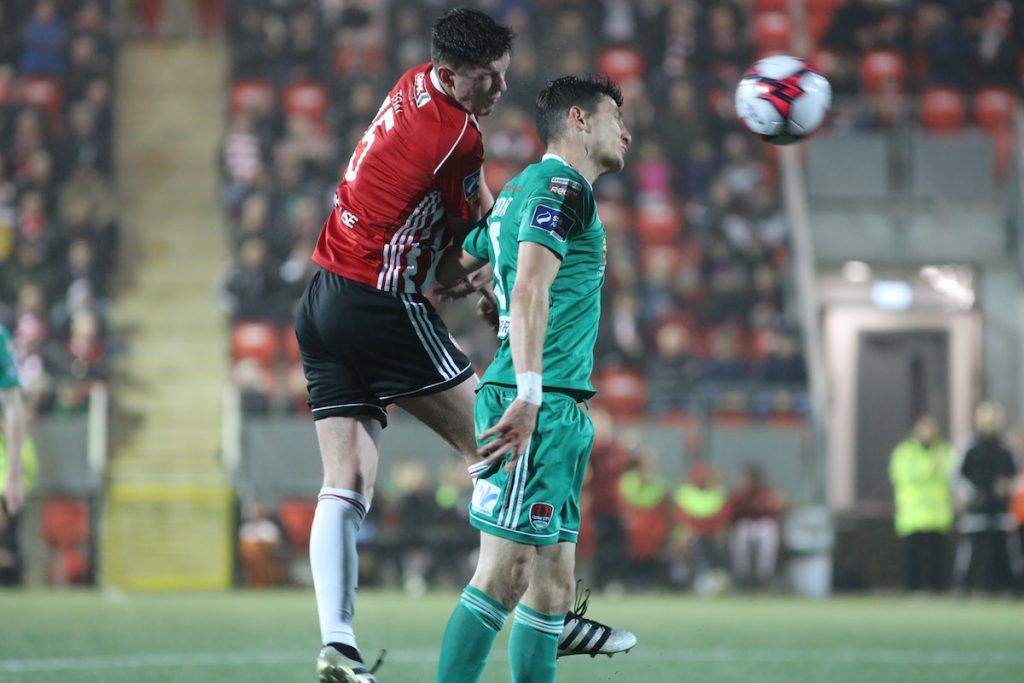 After 56 minutes, Aaron McEneff shot from distance almost snatch Derry one back and despite Cheerie parrying the ball in the direction of the oncoming Hale, he managed to claw the ball to safety with the second attempt – Cork’s comfortable lead stayed intact.

The Rebels took their foot off the gas somewhat in the final thirty minutes and when the Lone Moor Road outfit were given time on the ball, it was nothing but a stark reminder of how bad Kenny Shiels men have been in possession this campaign.

In the final three minutes, Cork City finished the game off when substitute Shane Daly-Bütz scored with a well-placed strike, which initially looked like a crossed ball, but it went over the head of Doherty and into the top corner.