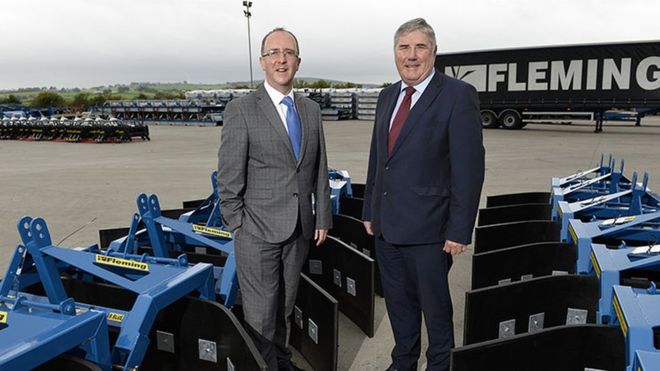 AN agricultural firm in Derry creating more than 30 jobs as part of a £4 million expansion has always overcome the challenges of trading next to the Irish border, its chairman has said.

George Fleming of Fleming Agri-Products described Brexit as “another hurdle” in the 150 years of the business.

The expansion will help the company break into new markets and expand existing sales in Europe, he said.

The jobs include production operatives and managers.

Mr Fleming said the company has always overcome the challenges of being located close to the border.

“If you go back to my grandfather’s time, he had to deal with the First World War, with the partition of Ireland, and the creation of a border,” he said.

“My father had to deal with a hard border all his life, and we dealt with it up until 1992, and we managed and we are still here.”

Mr Fleming said the company “will just deal with Brexit”.

He added:”The unfortunate thing about Brexit is after two years of talking no one still knows what the impact is going to be.

“When we have an impact, we will deal with it.”

Invest Northern Ireland has offered the company £220,000 towards the creation of the jobs, 15 of which are already in place..