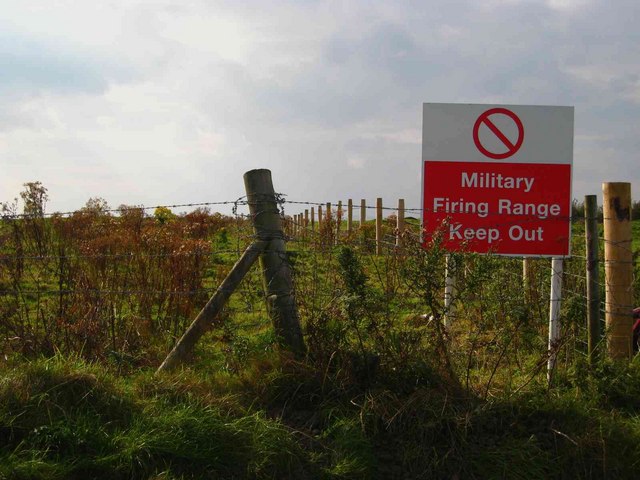 The controversial MoD firing range at Magilligan in Co Derry

The Ministry of Defence maintains a camp in Magilligan for training purposes.

A firing range has been located in the area since the Napoleonic War.

East Derry MLA Archibald held a meeting with the Northern Ireland Office (NIO) to discuss residents concerns over training exercises at the camp in September.

The NIO admitted that on September 17 the firing ranges at Magilligan were in use up to 11.30 pm.

The East Derry MLA Archibald said that the training exercises were hurting tourism in the area.

“I highlighted the concerns that had been raised with me about this activity and the disturbance that had been caused to residents,” Ms Archibald said.

“People living near this site have been plagued by such disturbances for far too long. It is unacceptable that they should be expected to put up with this disruption.

“The camp is in also an Area of Outstanding Natural Beauty which we promote as an attractive tourist destination so exercises like these are unwelcome and not conducive to the image of the area.”

The Sinn Fein MLA said that the training base should be taken out of the area.

“I emphasised that we want to see an end to this type of activity and that the concerns of local residents and stakeholders must be taken into account,” Ms Archibald said.

“Twenty years on from the Good Friday Agreement, there should be no place for such installations whatsoever,” she added.