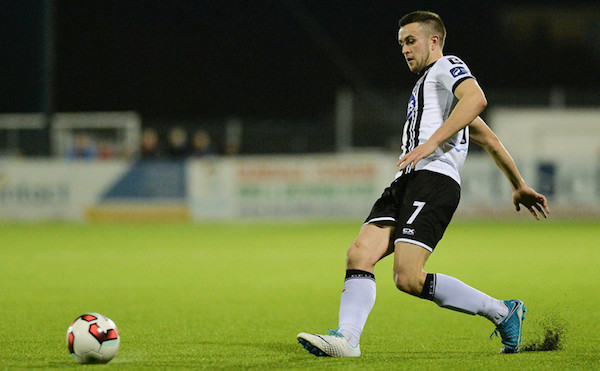 Michael Duffy celebrated winning the SSE Airtricity League with Dundalk by signing a new two-year contract at the Lilywhites.

Dundalk won their fourth title in five years last night in spite of a 1-0 loss to St Patrick’s Athletic.

Derry winger Duffy has had a superb season at Oriel Park and Stephen Kenny has given the 24-year-old a new deal.

“It’s a brilliant night for us. We made it tough, but we got there in the end. It’s an amazing feeling. it’s why I came here – to win stuff.”

Duffy signed for Dundalk after returning from Celtic. His performances this season have already caught the eye of Republic of Ireland senior manager Martin O’Neill, who is keen to give the player a cap.

Duffy said: “It’s one of the best season’s I’ve had in football.

“I’ve enjoyed every minute of this year, plenty of goals and assists. The fans are amazing here. it’s a brilliant club and it would be a hard team to leave.”