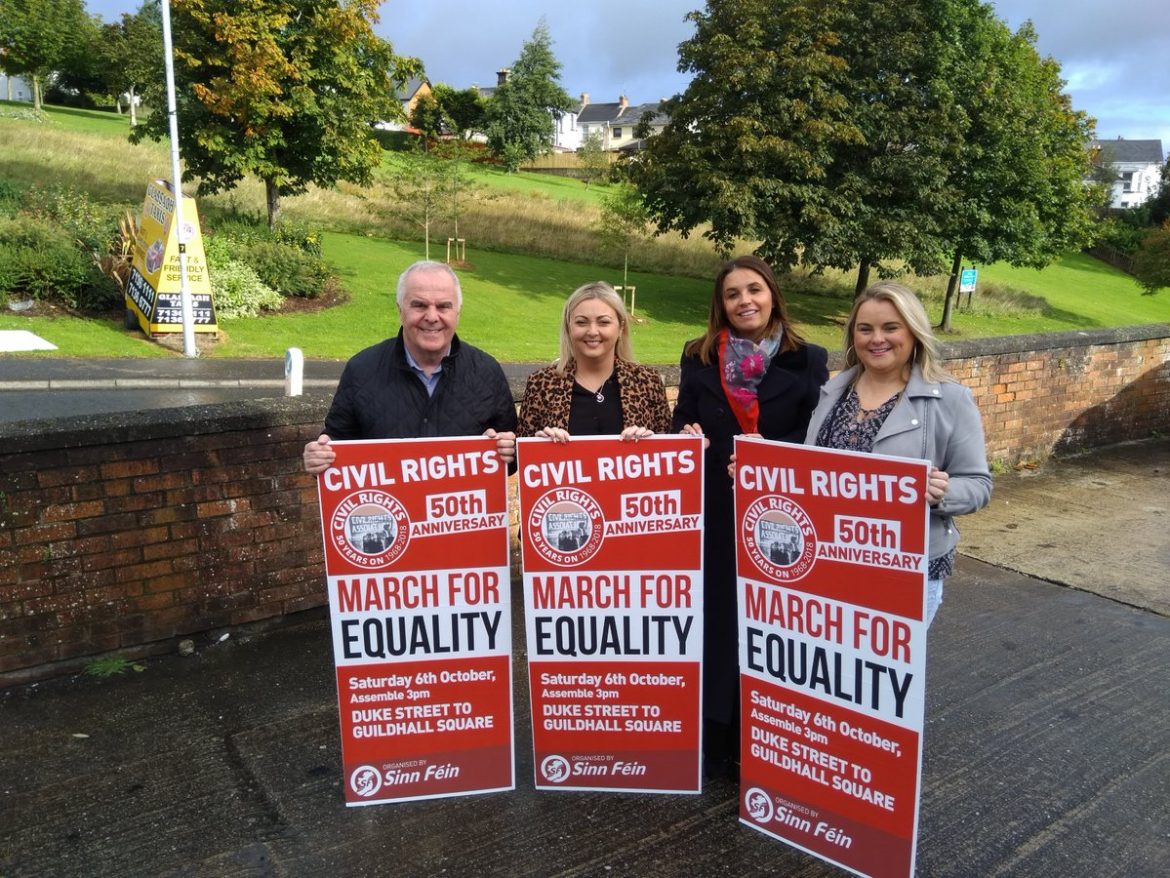 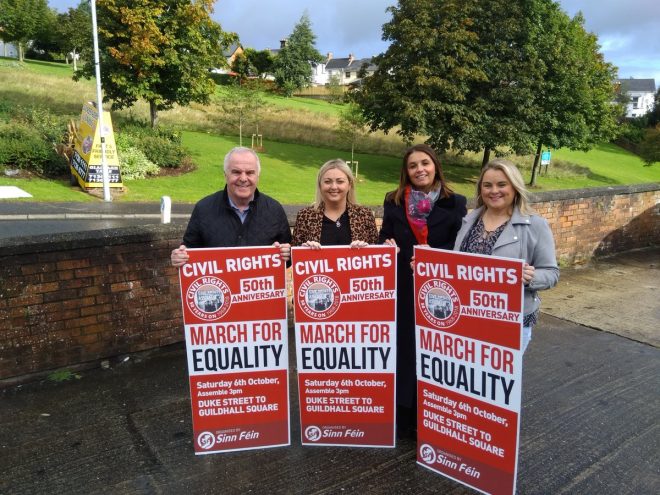 SINN Féin’s Elisha McCallion has called on the people of Derry to support next month’s 50th anniversary commemoration of the 1968 Duke Street Civil Rights march.

Speaking as preparations get underway in the build-up to the even, the Foyle MP said: “Preparations are now underway for a major commemoration march to take place on Saturday 6th from Duke Street into the city .

“Posters will be erected across the city this week and thousands of leaflets will be delivered to homes encouraging people to take part in the march.

“The October 68 Civil Rights march in Derry is one of the pivotal events in Irish history.

“The images on TV of protesters getting brutally attacked by the RUC shone a light on the corrupt Unionist regime and what was happening in Derry and across the north.

“Fifty years on its important that the bravery of all those ordinary people who took to the streets that this event is marked and that we finish the journey for full civil rights and equality.

“I would encourage as many families ,individuals, groups and organisations to take part in this march on Saturday 6th October assembling at Duke Street at 3pm.”