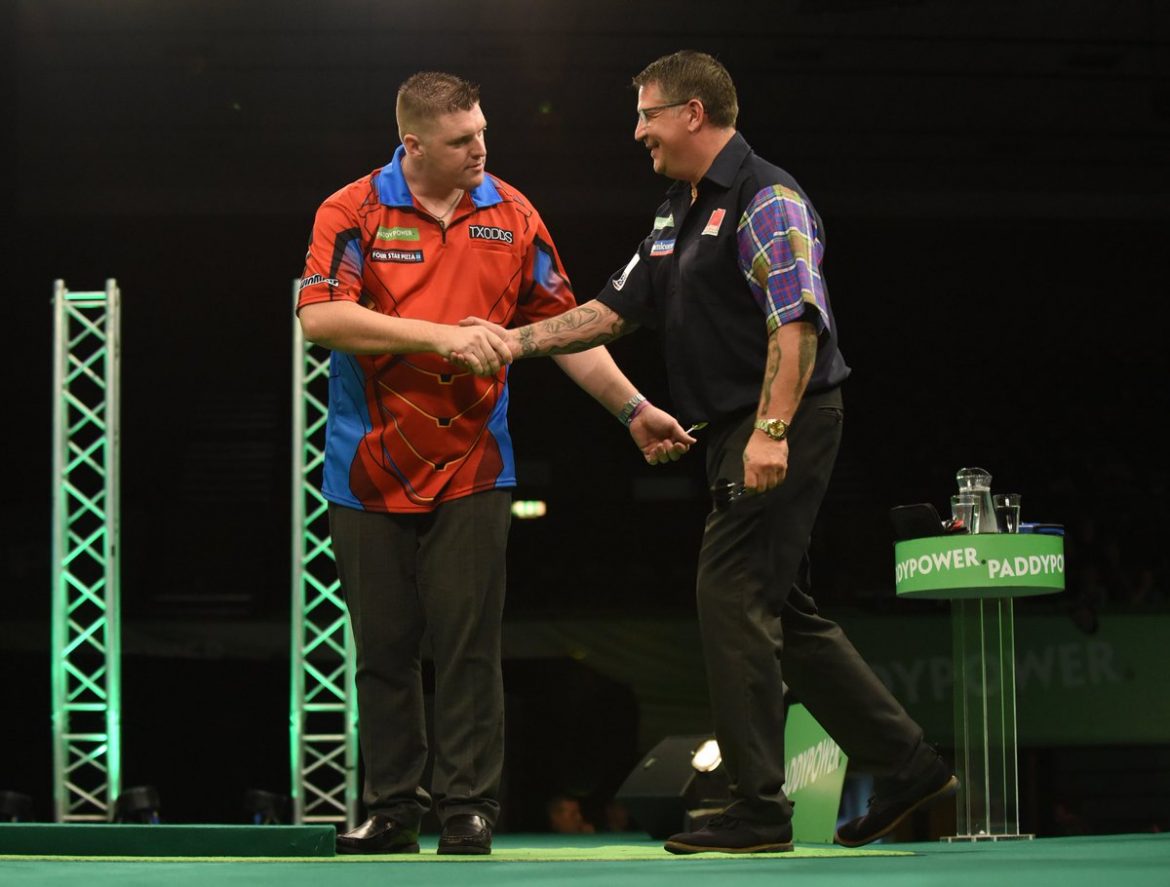 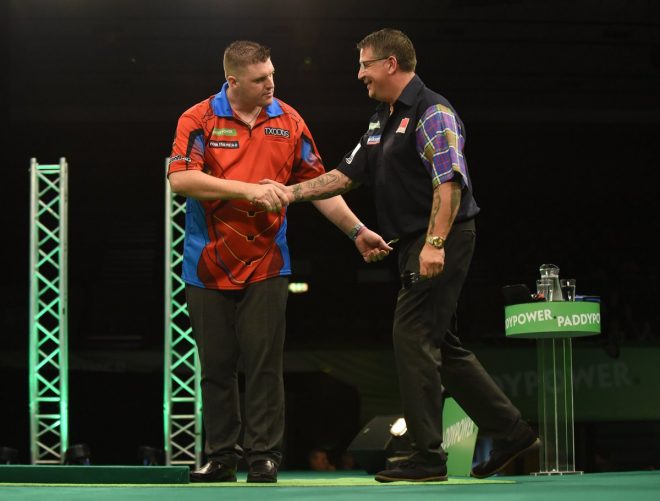 DERRY’S Daryl Gurney has taken a step closer to a darts semi-final after beating red hot favourite Gary Anderson in a thrilling match this afternoon.

The pair were doing battle in Group A of the 2018 PDC Champions League of Darts which is taking place today Saturday, September 22 and Sunday, September 23, at the Brighton Centre in Brighton.

Gurney – dubbed ‘Superchin’ – is back playing after taking a few months off to recharge his batteries.

Sponsored by Four Star Pizza, the World Match Play Champion pulled off a shock win in the first to ten legs match with some smashing darts – three treble 19s in one leg which wrong-footed Anderson who lost the leg he was surefire cert to win.

And then that bullseye!

With the bed covered with an arrow in the 25 spot, Gurney took a step to the right of the oche and fired his dart right into the heart of the bullseye.

In the l8th leg, Anderson fluffed a chance of drawing level at 9-9 all when he missed a chance at double four and then at double two.

Cool as a cucumber Gurney stepped up to the oche needing 20, and with his second dart fired it into the top of the bed to record a memorable win.

It was a scintillating game with Anderson scoring ten maximum 180s to Gurney’s one and Anderson also had the best average over score.

But it was Gurney who made the few mistakes and his finishing on the double was clinical.

Next up for Daryl is a big match tonight against the Dutch wizard Michael van Gerwen.