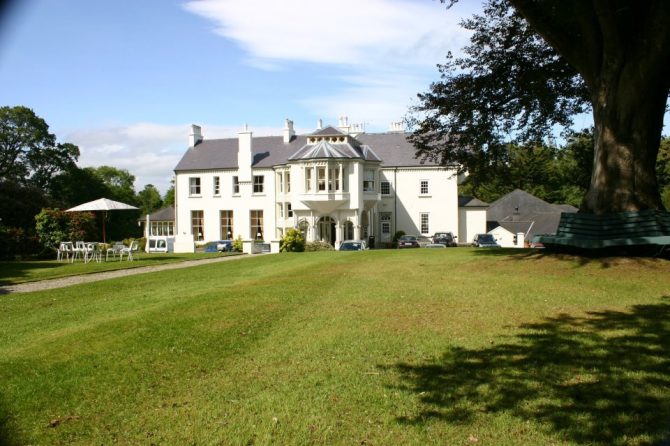 Police patrols stepped up after rise in vandalism at Ardmore

Spike in vandalism at Beechilll House Hotel in Derry

THE PSNI in Derry are stepping up patrols in one of the city’s most historic areas after a spike in anti-social behaviour.

Trees at the 16th Century Ashbrook House at Ardmore were destroyed and and a spate of incidents at the nearby Beech Hill Country House Hotel.

In another incident vandals broke open a farm’s gates allowing a herd of cows to escape.

Police say they will deal with incidents “in a robust manner.”

“We have increased patrols in the area and I would encourage the public to report any incidents of antisocial behaviour to police at the earliest opportunity in a bid to help us prevent and detect crime,” Constable Heather Black said.

“The support of local people, community and voluntary representatives, and particularly the parents of those youths frequenting the area, are essential ingredients to help improve the quality of life for local residents and businesses.”

Beech Hill owner Patsy O’Kane said security has now been improved at the hotel but closing the grounds to the public was also an option.

“We have always welcomed and encouraged people to enjoy the wonderfully tranquil surrounds of the Beech Hill and we’d love to continue doing so,” she told BBC News NI.

“However, an increase in low level incidents of anti-social behaviour and vandalism in the area have led us to consider reserving access to the grounds for hotel guests only.”

She added: “There have been a number of incidents which have resulted in damage within the expansive grounds of Beech Hill and we have been forced to take steps to increase our security.”

The Beech Hill and its 32 acre woodland has historic links to the Plantation of Ulster, the 1641 Rebellion, the Siege of Derry and was home to some 700 US Marines during WWII.

It also houses the Base One Europe Museum, documenting its wartime links with the US Navy.

Neighbouring Ashbrook House dates back to 1595 when it was granted to General Thomas Ash by Queen Elizabeth I.

Police patrols stepped up after rise in vandalism at Ardmore was last modified: September 21st, 2018 by John