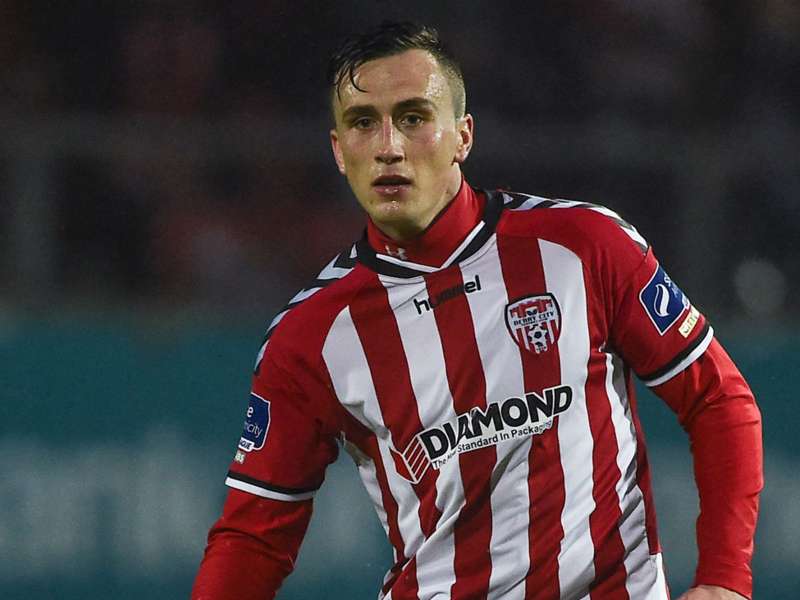 McEneff: ‘It would be a brilliant feeling if I could lift a trophy with my hometown club’

GETTING your hands on silverware of any kind with any club at any level is an exceptional feeling, but to have the chance to lift a major trophy for your local club is the stuff of dreams.

As every generation of the Candy Stripe support will tell you, watching your beloved Derry City playing on a Friday night, you dream, at one stage or another, of playing under the Brandywell lights, as the season-ticket holder cheers in elation or the loud-mouthed spectators shout abuse at you for that misplaced pass – the latter not so much.

Well for Aaron McEneff, he turned that dream into a reality, expect he is on the verge of going one better on Sunday, winning his first piece of silverware on the very turf he once cheered on Derry City as a youngster on the Southend Stand.

Growing up in the Cornshell Fields area of Derry, McEneff has quickly established himself as a fan favourite and a leader on and off the pitch, since joining the club in 2015.

Starting on fire at the start of this campaign, the 23-year-old has 14 goals to his name this season for Kenny Shiels’ side.

That form has gradually petered out as Derry City’s league form declined but the midfielder hopes to end his month-long goal drought against Stephen Henderson’s Cobh Ramblers on Sunday in the EA Sports Cup Final.

“I started the season flying and I have seen comments from people on social media saying that I have not been playing well recently, but I don’t take much notice of that,” he said.

“I go out and I try and help the team and I will try and do that on Sunday in the cup final.

“Yes, there has been big changes at the club a few times this season, but we have to put that to the back of our heads, we’re professionals.

“We need to go out with a positive mindset and hopefully win the trophy.” 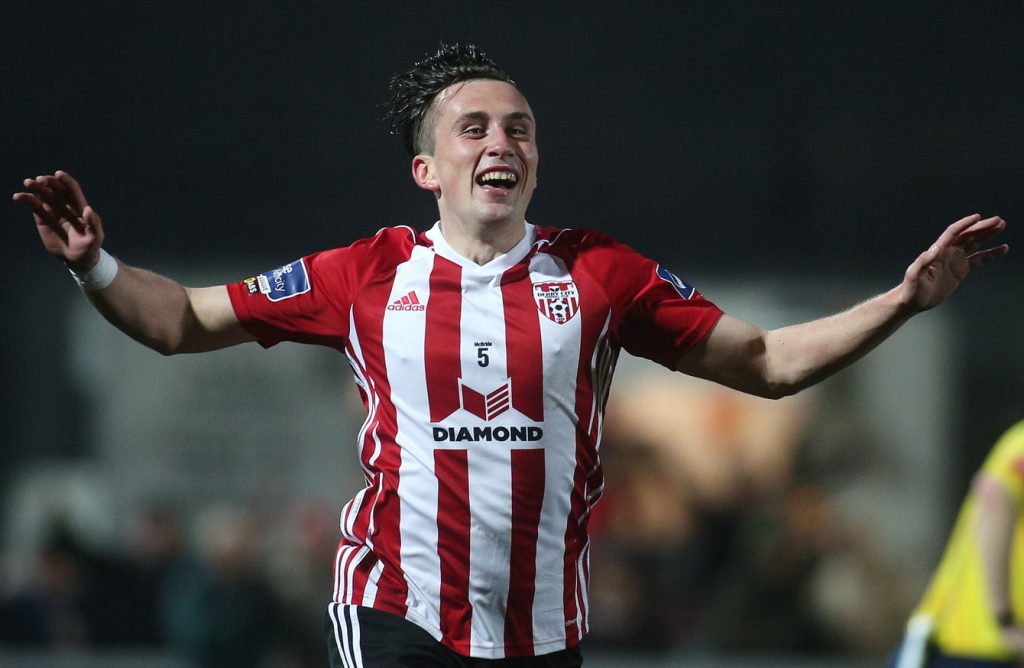 McEneff was part of the team that reached two semi-finals in 2016 and believes this team deserves more credit for reaching the final this time around.

“I have seen some complaints on how much the team has been chopped and changed this season, but there has always been eleven players out on that pitch trying to win a football match.

“I think we have shown great character as a team to dig out results in cup competitions, and of course, it would have been nice to replicate that form in the league, but it is what it is and, considering all the changes, I think we are in a decent position to still have a good season,” he added.

Derry City will enrol in their first league cup final since their 1-0 victory against Cork City at Turners Cross in 2011 up against a Cobh side, who have already proved that they are no pushovers – beating Limerick, Longford Town and Dundalk on route to the final.

A ruthless mentality should be key in any teams inventory, especially in a final, and McEneff recognises that City cannot make the same misjudgments Dundalk made at St. Colman’s Park last month.

“It wouldn’t be fair to think of Cobh (Ramblers) like that because they deserve a lot of credit, they have shown that they can set their team up to compete against the best teams.

“Listen, their players are going to be up for this game, and I know we are as well, it should be a good game of football.”

The Lone Moor Road club will have the advantage on Sunday playing in front of their home support, but the Derry talisman insisted a large crowd will only ‘boost’ the teams’ confidence this weekend.

“I hope to see the Brandywell packed on Sunday, it hasn’t been always crowded for one reason or another this season, but it would be great for the whole club and for us players playing in front of a large crowd.

“We get a buzz from that, and obviously for myself being from Derry, it would be nice to have a big atmosphere because it really does give you a boost.”

McEneff, who is one of the few hometown boys that remain at Derry alongside Gerard Doherty and Conor McDermott, revealed it would mean a lot to him to lift a trophy in front of a support he once sat amongst.

“It would mean a lot to me personally, I have said before, I grew up watching Derry City at the Brandywell and playing in finals.

McEneff: ‘It would be a brilliant feeling if I could lift a trophy with my hometown club’ was last modified: September 16th, 2018 by Shaun Keenan