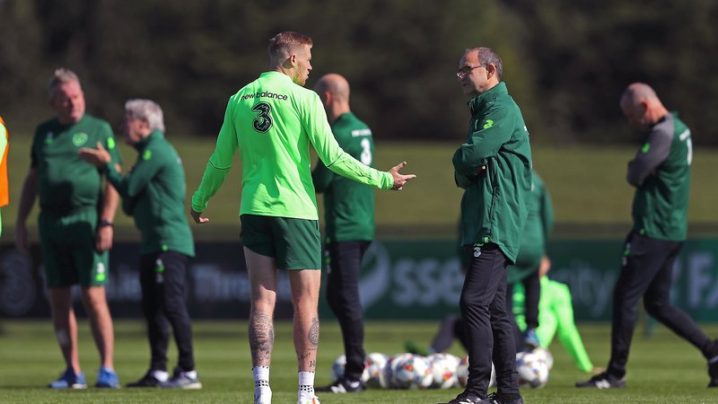 James McClean in training on Monday with manager Martin O’Neill

The Stoke winger posted two pictures on Instagram showing his left arm in a bandage with the caption “next step surgery…one of those things”.

The FAI said: “James McClean has been ruled out of our UEFA Nations League opener with a wrist injury sustained in training.

“The midfielder will undergo surgery today. We wish James a speedy recovery.”

The 29-year-old also misses out on the friendly with Poland. 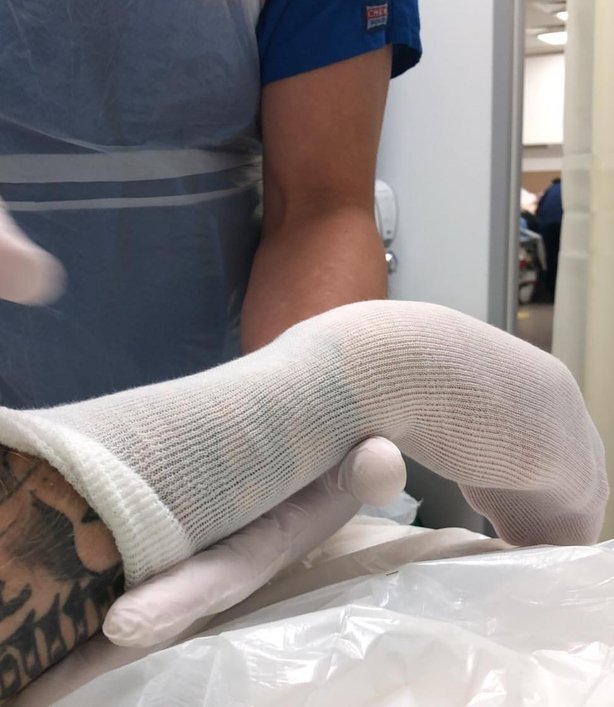 A picture posted by James McClean on social media of his injured wrist.

McClean is a regular starter for Martin O’Neill, who is already without a number of players through injury.

Defender Shane Duffy (groin) and midfielder David Meyler (knee) sat out training on Monday, but both players were involved in the session on Tuesday, which also included goalkeeper Sean McDermott and forward Jonathan Walters after they linked up with the squad.