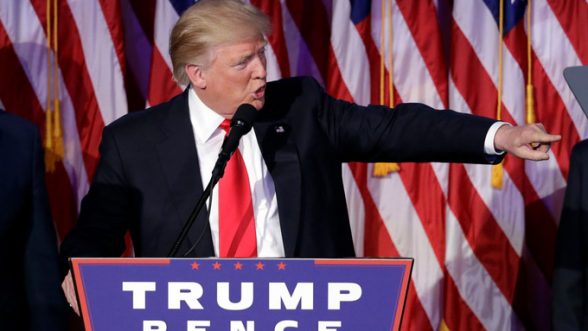 US President Donald Trump coming to Ireland in November

The White House has confirmed that President Trump intends to visit Ireland as part of a trip to Europe.

The White House said that he will visit Ireland “to renew the deep and historic ties between our two nations”.

It is understood that the President plans to visit Dublin, and Doonberg, Co Clare where he owns a golf course.

He is also expected to attend the Armistice commemorations in Paris on November 11, marking the 100th anniversary of the end of World War I.

It will mark President Trump’s first visit to Ireland since 2014.

In a Tweet SDLP leader Colum Eastwood said that Mr Trump was “not welcome here”.

Mr Eastwood has been highly critical of President Trump, and declined an invitation to the annual St Patrick’s Day celebrations in Washington due to his objections to the Trump administration.

Taoiseach Leo Varadkar invited the President to visit Ireland when he was in Washington for the event.

“The Taoiseach understands that President Trump will stop in Ireland for a brief visit on his way to or from the Armistice commemorations in Paris,” an Irish Government spokesperson said.

“It will be an opportunity to follow up on the issues discussed in the White House in March including migration, trade, climate change and human rights issues.”

“Our two countries have such strong historic, economic, cultural and family ties.

“Maintaining those connections is always a top priority.

“We understand that President Trump will stop in Ireland for a brief visit on his way to or from the Armistice commemorations in Paris on November 11th.”