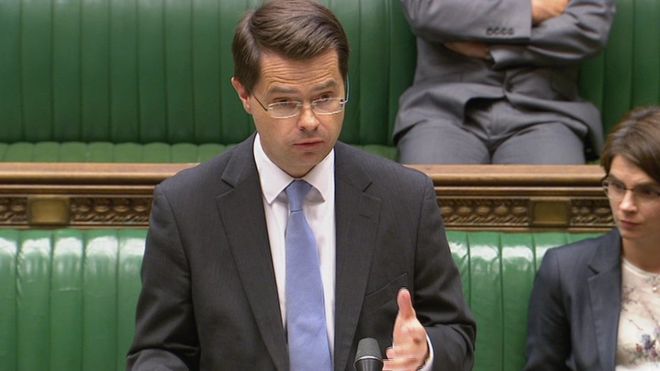 FORMER secretary of state James Brokenshire is due to arrive in the North of Ireland later for the first time since he resigned.

Mr Brokenshire will meet council leaders in Derry about a potential city deal for the region.

Chancellor Phillip Hammond announced last month that the government will consider proposals for a city deal when he visited Derry.

A similar proposal was announced for Belfast in the budget last year.

The Foyle MP said: “Today, I will meet British Minister James Brokenshire to seek a progress update on the north west’s bid for a City Deal.

“Last month, the British Government ended their resistance to a formal commitment on a City Deal, following pressure from stakeholders across the north west region.

“This is a key element to unlocking the city’s unique circumstances and reaching its full potential as set out in the Strategic Growth Plan, produced by and for the people of the north west.

“Delivery of this plan will transform the north west region and begin to address decades of inequality and under-investment.

“When I last met the Minister, he recognised the huge potential that exists in Derry and I will again be pressing him to ensure there is no further delay in progressing a City Deal for the region.”

Mr Brokenshire had previously given his support to a city deal during his time as secretary of state for Northern Ireland.

He stepped down from that post in January on health grounds and underwent surgery to remove a lesion from his lung.

Karen Bradley then took over the role as secretary of state and chaired a fresh round of Stormont talks, which collapsed in February

Mr Brokenshire returned to the government front bench in April as Secretary of State for Housing, Communities and Local Government.