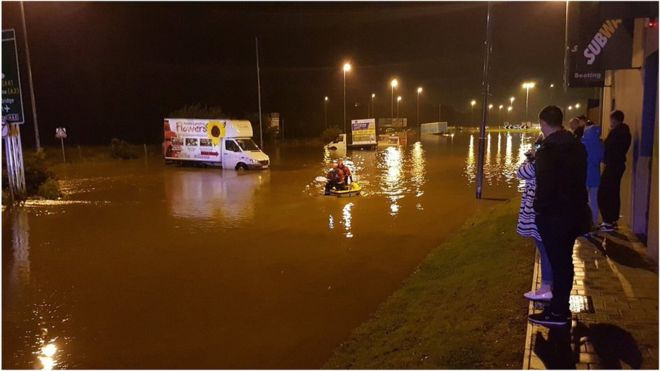 But the memories will live long for those who watched as their properties filled with foot after foot of black rain water, destroying all their worldly possessions in its wake.

Families had leave the deluged properties and live in caravans in Eglinton while their homes were repaired so they could be fit to live in again.

Businesses also suffered and Institute Football Club’s ground at Drumahoe was badly flooded it can’t play its Irish League games there this season.

Instead, Derry City FC have kindly allowed ‘Stute’ to play their homes games at the Brandywell until a new ground can be found.

One has already been earmarked for the Waterside, but it could be three years before work could be completed.

During the floods in August 2017, more than 400 emergency calls were made overnight on that date from people who were trapped inside their homes or cars. 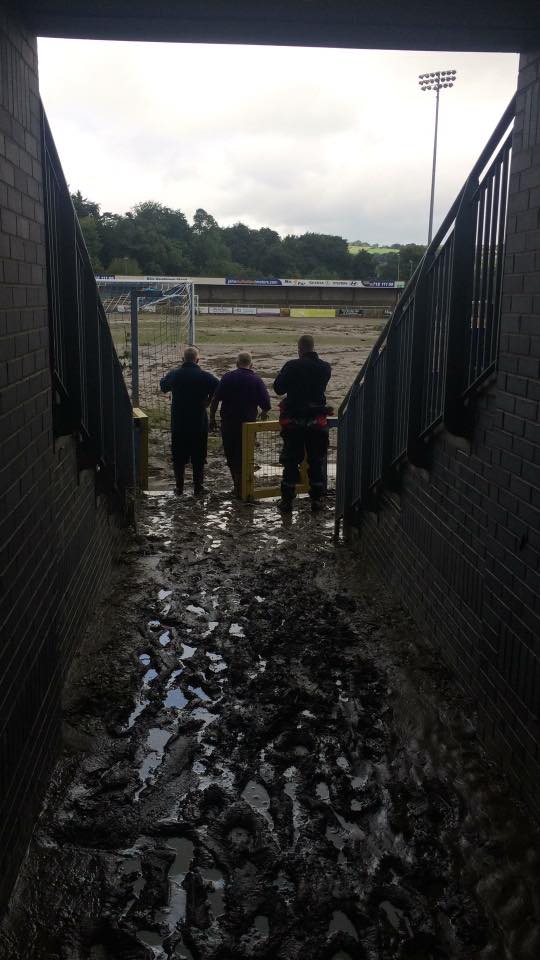 Almost 100 people had to be rescued by firefighters, assisted by the PSNI and volunteers from Foyle Search and Rescue.

The Housing Executive was at the forefront of getting residents into temporary accommodation and carrying out repair work to their homes.

Its West Area Manager Eddie Doherty said: “One year on, all of our tenants who were forced to leave their homes overnight are back in their own homes.

“Each family had their own particular story, vulnerabilities and complexities that we had to deal with and Housing Executive staff got to know these people personally, working tirelessly to serve them when they were in need.”

The multi-agency clean-up operation was overseen by the Department for Infrastructure which commissioned a review of the emergency response.

A spokeswoman for DfI said: “The unprecedented flooding in the North West last August affected around 650 bridges, closed or impacted over 200 roads and caused significant damage to 1,800 metres of flood defences at numerous locations.

“The department has completed a significant level of repair with overall costs estimated to be in the region of £12.45 million. 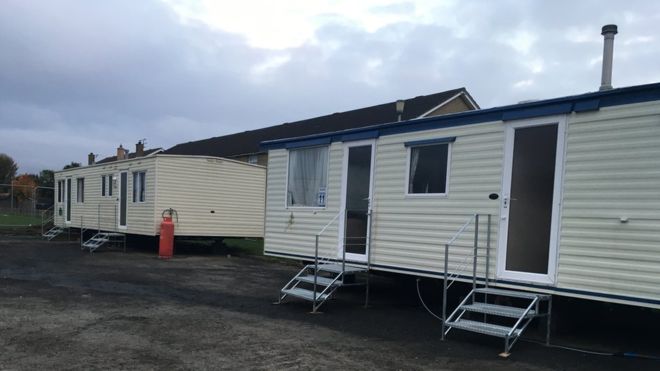 The review made 14 recommendations where further improvements could be made and work has already commenced.”
Victims of 2017 flash floods across Derry back in their homes year after horror deluge was last modified: August 23rd, 2018 by John

John
Tags:
DEPARTMENT FOR INFRASTRUCTUREdrumahoeHousing ExecutiveInstitute Football ClubVictims of 2017 flash floods across Derry back in their homes year after horror delugewhitehouse
ShareTweet