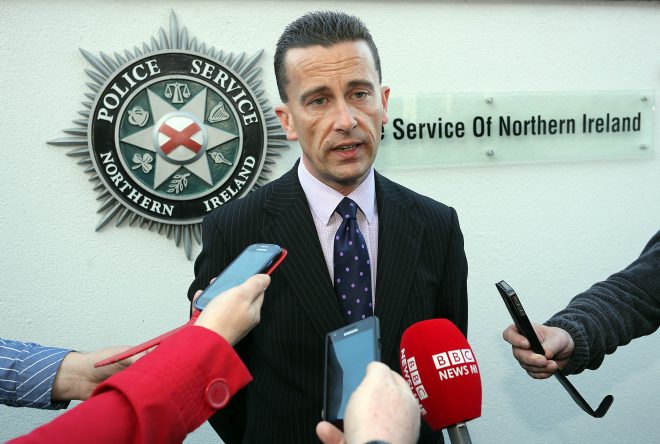 Detective Supt Ian Harrison made his remarks after the former head of the British Army urged the Government to put a stop to the “macabre charade” that could see Northern Ireland veterans facing legal action.

Lord Bramall said it was “absurd and grossly unfair” that soldiers who took part in the events of Bloody Sunday in Londonderry in 1972, during which 14 innocent people died, should be questioned by police now.

He accused the PSNI of “harrying” veterans in a “desperate attempt to bring criminal charges”.

Detective superintendent Ian Harrison, from the PSNI’s Legacy Investigation Branch, said: “Following the publication of the Saville Inquiry an investigation commenced into the actions of a range of people involved in Bloody Sunday, which, as a police service, we have a legal obligation to do.

“This lengthy and complex investigation into the events of January 30 1972 is being carried out by a team of highly professional and competent detectives who will, without fear or favour, follow all investigative opportunities.

“As with any police investigation, this work is being conducted in accordance with statutory responsibilities and the PSNI code of ethics.”

Prosecutors have been examining files of evidence against ex-British soldiers who were on the streets of Derry in 1972 when the Parachute Regiment shot and fatally wounded 14 civil rights demonstrators.

The new head of the British armed forces has spoken out about veterans being “chased by people making vexatious claims” of wrongdoing, vowing: “That will not happen on my watch.”

He promised that soldiers facing any investigation would be looked after “to the best of our ability”.

MPs have called on the Government to introduce a statute of limitations to end what some claim is a “witch hunt” against members of the armed forces in Northern Ireland, although official statistics appear to undermine the claim.

A consultation document issued by Northern Ireland Secretary Karen Bradley on dealing with the legacy of the Troubles does not include provision for a statute of limitations, to the anger of many Conservative MPs.

But Defence Secretary Gavin Williamson has pledged to look at “all options” to protect veterans from legacy investigations.

Coronavirus: 727 more cases in North from...