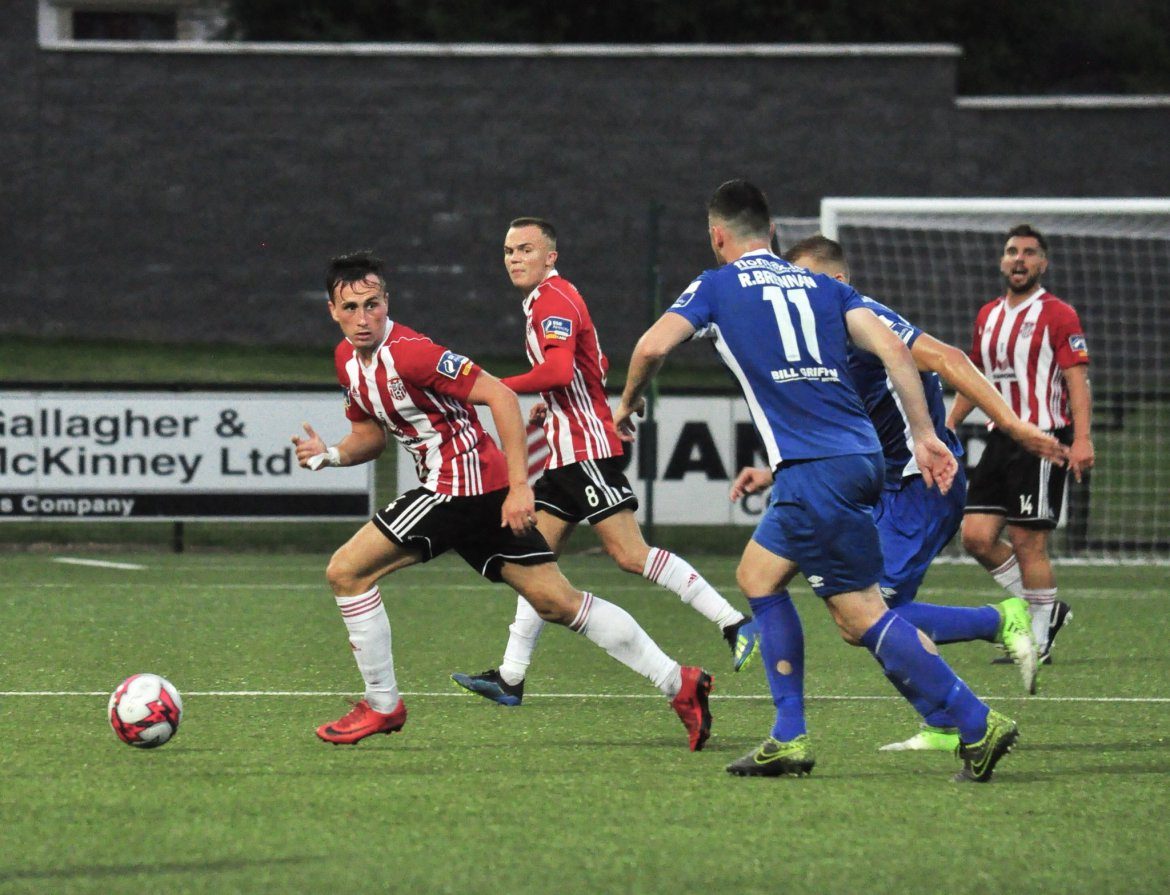 FAI Cup: Derry on their travels to Cork this weekend to face Blarney Utd BOUYED by their 1-0 away win this week against Sligo Rovers to reach the EA Sports Cup Final, the Candystripes are back on the road this weekend.

The team will complete a 600-mile round trip to O’Shea Park for Saturday’s first round tie against Blarney United in this season’s Irish Daily Mail FAI Cup (kick off 5 pm).

It will be the third meeting of the teams since 2006 – all of which have been at the Munster venue – with the Brandywell side having safely negotiated both of the others.

Manager Kenny Shiels admitted that while he didn’t know an awful lot about the Cork-based team, his side would be well prepared for the game.

“Thankfully we’re not as badly off on the playing front as we were for Sligo on Monday.

“Nicky Low and Conor McDermott are out and Eoin Toal serves the last of his 3-match ban, but elsewhere we should be OK.’

“We’ll be taking nothing for granted, you can be sure of that.

“We’ve seen enough evidence of how big a leveller cup football can be, so we will definitely be on our guard.”

With the draw for the EA Sports Cup final venue upcoming, many supporters felt that City’s stay in Cork this weekend would have been the ideal time for them and Cobh to get together and sort out a ground.

A spokesperson for the club has however confirmed that the FAI are involved in a week-long “Festival of Football” in the Rebel County next week and the Association’s AGM and the draw for the EA Sports final venue will take place then.

City have accepted an invitation from the FAI to send a delegate to Tuesday’s draw.

Summer campers give seal of approval for...