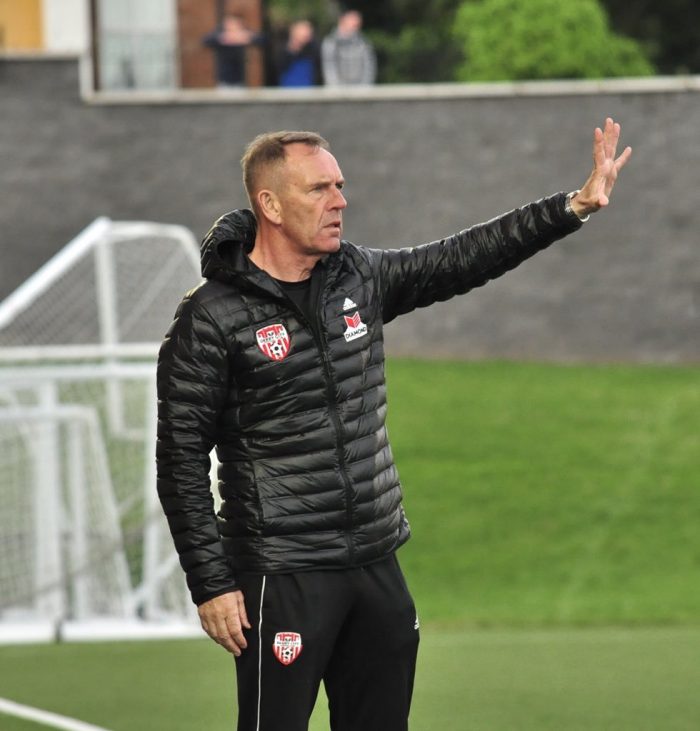 MANAGER Kenny Shiels has gone on the record this week to thank the fans who created such a great atmosphere at Brandywell last Friday night in City’s win over St Pats.

And he is encouraging their support over the coming days as his team enters a crucial period in their season.

“The atmosphere lifted the players in those final 10 minutes just as it did earlier in the season and they responded to it,” said the Candy Stripes boss.

“It showed again how influential our supporters can be and with two big games against Sligo Rovers looming in the space of 72-hours we would be delighted to have that type of backing again.”

City take on the Bit-O’-Red in the league at Brandywell tonight, Friday, August 3 (kick off 7.45 pm) before the sides clash again in Sligo in Monday evening’s league cup semi-final.

“I know what the success of this club means to the people of the city and we will be doing everything we can to battle for a European place for next season and to try to earn a place in the League Cup final.”

“We have always said there is a long way to go this season and much to play for and that is very much still the case,” he said.

Shiels also had a message for the club’s new co-tenants at Brandywell ahead of their start on Saturday in the Danske Bank Irish Premier League when they take newly promoted side Newry City AFC (kick off 3 pm).

“We would like to wish Paddy and his team at Institute the very best of luck for the new season. They will be a great addition to the Premier Division and there are likely to be plenty of supporters keen to chart their progress over the winter.”

“Our best wishes to all at Institute for the year ahead.”

Planners give approval for 200 seater stand...