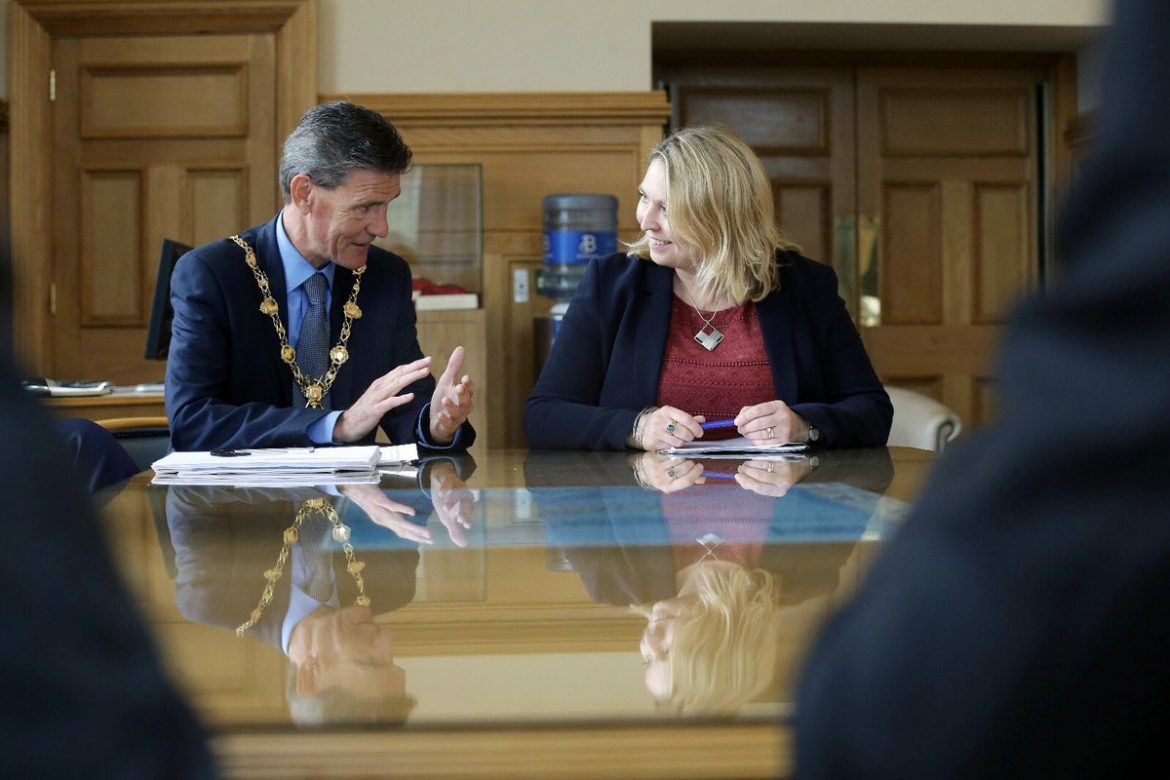 MAYOR of Derry City and Strabane District CouncilJohn Boyle said a meeting with the Secretary of State Karen Bradley MP on Monday was an excellent opportunity to discuss with her the importance of delivering a City Deal for the City and region and to seek her assistance in facilitating the further development of the City Deal bid.

The Mayor said he welcomed the opportunity to outline to the Secretary of State the challenges and opportunities faced by the area and the significance of securing a City Deal for the City Region.

Councillor Boyle said: “The meeting provided us with an opportunity to share with her the work that has been done in partnership with our regional partners in business, the community and voluntary sector and public bodies as well as cross party consensus from all the political parties to progress with a City Deal proposal that identifies the key catalyst projects that will act as an economic driver to transform the Derry-Londonderry City Region.

“Our City Deal focusses on the projects that can make a substantive and sustainable contribution to increasing the numbers employed here, our productivity and thus GVA.

“The City Deal is closely aligned with the Programme for Government, draft Industrial Strategy and the Chancellor’s focus on innovation and improved skills.

“At its core is the expansion of Ulster University in high growth and high impact innovation areas including Robotics, Artificial Intelligence and Life Sciences which will have economic benefits for the North West, Northern Ireland and indeed the UK as a whole.”

The Mayor said the Council and its partners warmly welcomed the announcement made by the Chancellor last week where he invited a bid for a Derry City Deal and at their meeting today, urged the Secretary of State to do what she can to assist in the facilitating the further development of the City Deal bid.