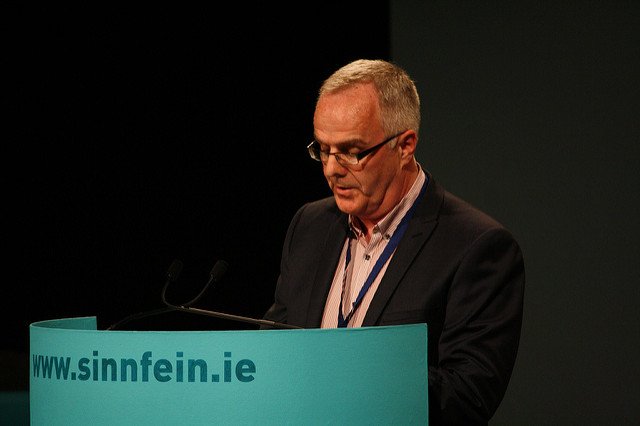 DUP have questions to answer over support for Israeli government – McCartney SINN Fein’s Raymond McCartney says the DUP has question to answer over the party’s support for the Israeli government.

Said Mr McCartney: “The DUP have serious questions to answer about their support for the Israeli government who have massacred over one hundred and thirty Palestinians since March this year.

“In the week that has seen controversy over the Ian Paisley scandal and links to the Sri Lankan regime, it has now emerged that four MLAs from that party failed to fully disclose a paid visit by the Israeli government to the Electoral Commission.

“The DUP have continuously given support to the Israeli government who have turned Gaza into an open air prison, demolished homes, murdered civilians and currently hold hundreds of children in jails.

“It is war crimes inspectors who should be visiting Palestine, not self-styled DUP delegations that only provide succour to an apartheid state.

“The DUP’s disregard for Israel’s consistent refusal to abide by international law and UN resolutions only adds to the actions of Ian Paisley who lobbied against a UN investigation into war crimes carried by the Sri Lankan regime.

“We note the DUP’s quick reaction to this matter, but the public have a right to know where the DUP stand on integrity in public office, as well as war crimes and human rights abuse in Sri Lanka, Palestine and across the world,” added the Foyle MLA