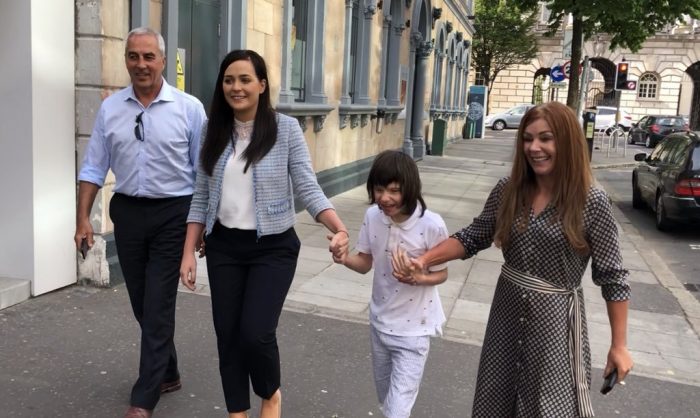 THE Department of Health must ensure there are no more ‘unnecessary delays’ in processing a license to enable Charlotte Caldwell to administer medicinal cannabis to her son Billy, Sinn Féin spokesperson for Health Councillor Councillor Patricia Logue has said.

She was speaking after party colleague Pat Sheehan MLA accompanied Charlotte Caldwell to a meeting with the Department’s Permanent Secretary on Monday.

Cllr Logue commented: “Charlotte and my party colleague Pat Sheehan MLA went to the Department of Health to seek clarity on an application for a licence that would allow Charlotte to administer Billy’s medication.

“It’s frustrating that Charlotte again had to take the initiative to progress her application for this licence instead of the department providing clear instructions to patients in completing them.

“In addition to caring for Billy, Charlotte is having to fight bureaucracy in the department which seems to bring one delay after another.

“In reality this means Charlotte and Billy are largely confined to their house and can only get out for a very limited time during the day.

“Monday’s meeting was very useful in progressing Charlotte’s application and we would encourage the department to ensure there are no further unnecessary delays.

“We also call on the department to simplify the application process for other eligible patients and their families seeking appropriate licences,” added Cllr Logue.

Councillor calls for Department to ‘end the delay on Billy Caldwell license’ was last modified: July 24th, 2018 by John