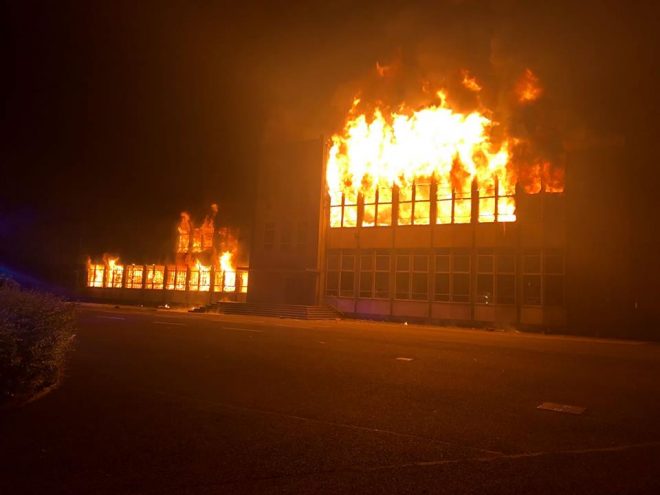 The former Foyle College was well ablaze around 3.30 am ON Saturday morning when firefighters attended the scene,

building on the Northland Road was destroyed by a massive fire.

Detectives are treating the incident as deliberate and have launched an arson investigation.

Said the Sinn Fein Foyle MLA. “In the early hours of yesterday morning, the old Foyle College building on the Northland Road was destroyed by a massive fire.

“This was after the building had been vandalised all week.

“After the events of last weekend I made representation to the school and requested a meeting with school officials immediately before something more sinister would happen.

“The school were unable to meet with myself or Sinn Féin until after the weekend.

“Until these sites are transferred over to the Education Authority they are the responsibility of Foyle College.

“They must ensure the correct security measures are put in place for the site.

“I will be meeting with officials from the school early next week to raise further concerns.

“I would like to issue an urgent plea for everyone to stay off the grounds of the site as there is a serious health and safety risk,” she added. 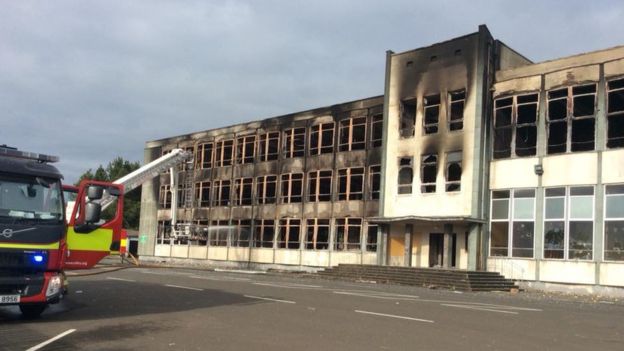