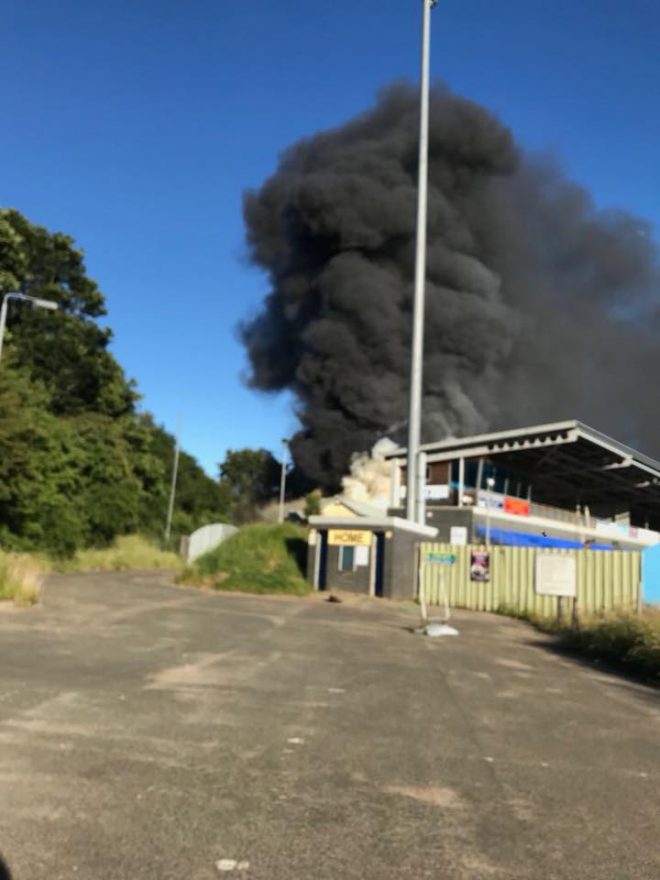 AN arson investigation has been launched over a deliberate fire at Institute FC’s ground on Friday night.

Extensive damage was caused to the changing room block and supporters room at the rear of the Riverside Stadium at Drumahoe.

The Fire and Rescue Service believe the fire was started at an oil tank.

It took 15 firefighters and three appliances as well as an aerial appliance to extinguish the blaze.

The blaze burned for around two hours.

There were no reports of any injuries in the fire.

The arsonists struck around 7.30 pm on Friday at the ground which was ruined last summer by a major flood.

‘Stute’ will be play its games in the forthcoming 2018/19 season at Derry City’s Brandywell ground.

The club’s chairman, Bill Anderson, said: “Obviously, I do feel that sense of sadness and I know that people have a big connection with the grounds, our supporters and everybody associated with the club, will be very sad.

“But I think that for us, it’s another indication of the need to move forward as quickly as we can.”

Detectives from the PSNI’s Criminal Investigation Branch, police scenes of crime officers and the Fire and Rescue Service’s Fire Investigation Unit are currently examining the scene for clues to the perpetrators.