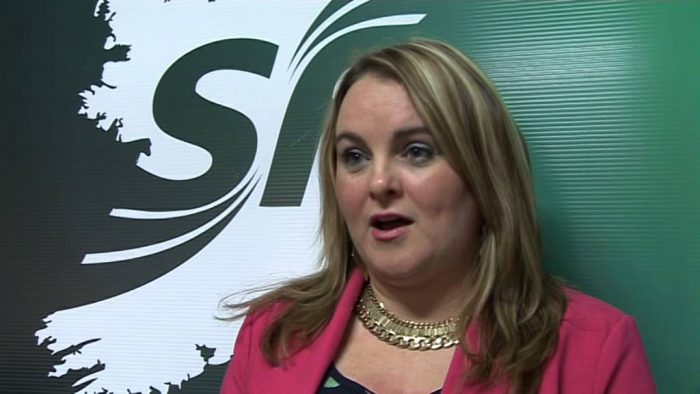 SINN Féin will propose a motion of no confidence in Deputy Mayor Derek Hussey if he does not ‘do the right thing and step down’, Council Group Leader Sandra Duffy has said.

Councillor Hussey has been under pressure to resign as deputy mayor over his three convictions for drink driving in recent years.

Earlier this week, the family of Martin Gallagher, who was knocked down by a drink driver in 2009 in Derry, called on Alderman Hussey to quit his role as deputy mayor.

SDLP councillor Brian Tierney has called on Mr Huseey to reconsider his position as deputy to Mayor John Boyle.

Said Cllr Duffy: “Sinn Féin has already objected to Derek Hussey’s appointment as Chair of the Policing Community Safety Partnership (PCSP) on the grounds that someone with repeated drink driving convictions should not be leading a body tasked with public safety matters.

“And while we accept that everyone is entitled to a second chance, it is clear that Derek Hussey has had several but continued to display the most atrocious disregard for public safety.

“This has compounded the trauma of local families bereaved by drink drivers, who have long campaigned for a zero tolerance approach to drink driving. They feel this valuable work is undermined by Derek Hussey remaining in such a senior civic position.

“I want to commend the Bradley and Gallagher families for the dignity and resolve they have shown over recent days.

“They have made their feelings very clear on Derek Hussey and there is obvious public concern over his role in both the PCSP and the office of Deputy Mayor.

“In light of this, we feel it is inappropriate for Cllr Hussey to continue in his current position. He does not enjoy the confidence of the wider public and is undermining the approach which all public bodies must take to issues such as drink driving which are an ongoing and extremely serious issue in this society.

“Therefore, Sinn Féin will table a motion of no confidence in him at Thursday’s full Council meeting, if he continues to refuse to listen to the concerns that have been raised.

“We are conscious that, even if passed, such a motion does not compel him to resign.

“However, it would demonstrate the strength of feeling on this issue and certainly add to the moral pressure on Cllr Hussey and his party.

“I call on the leadership of Cllr Hussey’s party to reflect on the strength of feeling on this issue and do the right thing,” she added.