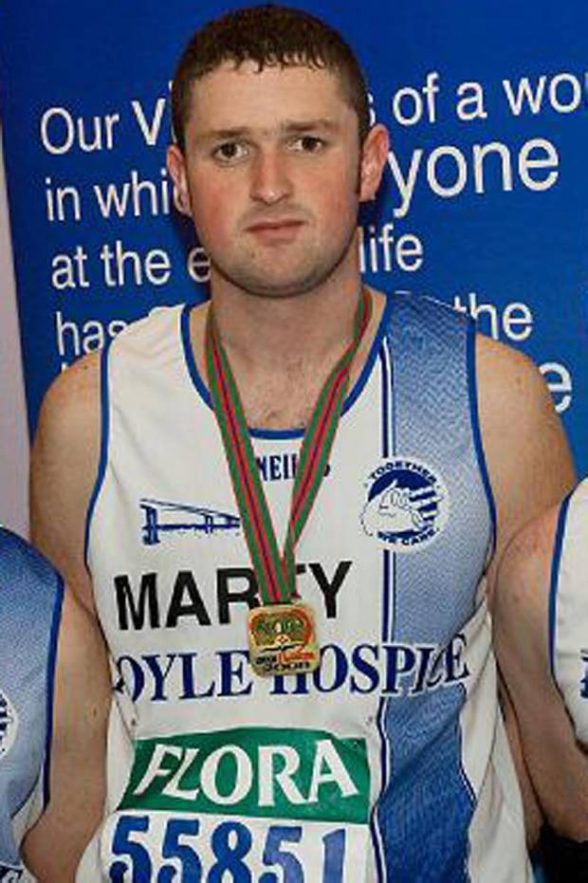 THE still heartbroken family of a popular Derry man killed by a drunk driver has called on the city’s new deputy mayor to stand down over his drink-driving convictions.

Martin Gallagher, whose 25-year-old son Martin jnr, was killed in 2009, said he had “nothing against him personally”.

“But it is about him being chosen as a public representative for the council,” he said.

Mr Gallagher’s son had been returning from Hallowe’en celebrations when he was killed on 1 November 2009.

Mr Gallagher said Mr Hussey’s election to the deputy mayor role had angered his family and others who had been affected by drink driving.

“It just takes me back to the night that Martin was killed,” he said.

“I feel let down by Derry City and Strabane District Council. There has been no consideration for any family who have lost a child through drink driving.”

He said should Mr Hussey not resign “then the council must ask him to step down”.

Mr Hussey, who has previously said that he regrets his actions, declined to comment when contacted by the BBC.

Last week, Sinn Féin councillors objected to Mr Hussey being named chair of the local Policing and Community Safety Partnership because of his drink-driving convictions.

He was given a five-year driving ban and fined £800 in 2016 after pleading guilty.