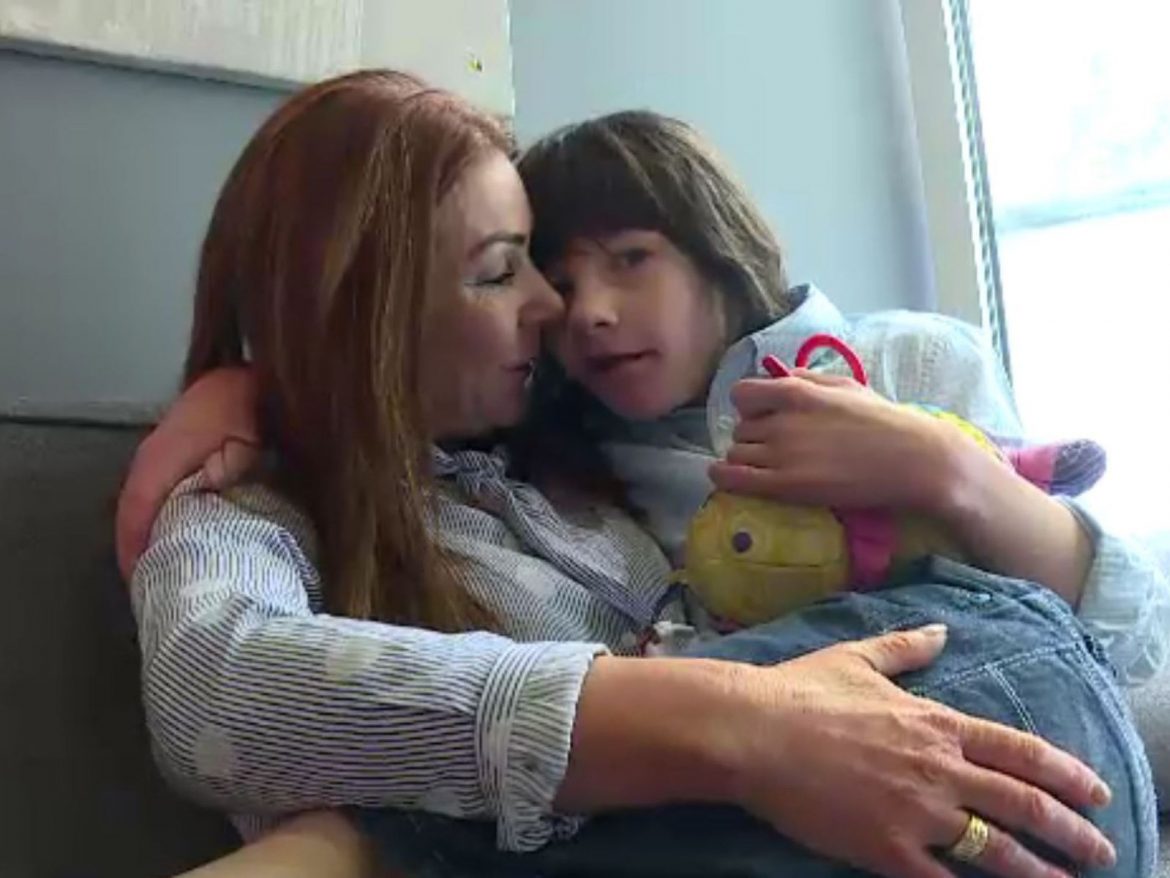 A MOTHER seeking a cannabis oil supply to treat her sick son could apply for a clinical trial so he can have access to the drug.

Castlederg mum Charlotte Caldwell had her cannabis oil taken off her by customs officers on Monday when she touched down at Heathrow airport on a flight from Canada.

Charlotte has vowed to return to Canada to get more of the drug used to treat her son Billy’s severe epilepsy.

She is still awaiting an appointment with consultants recommended by the British Home Office.

Health officials have offered to meet anyone wanting guidance on the process.

Ms Caldwell said: “Every minute this goes on is a countdown to Billy’s next potentially fatal seizure.”

Billy started the treatment in 2016 in the US, where medical marijuana is legal.

He became the first person in the UK to receive a prescription after his local GP, Brendan O’Hare, began writing scripts.

However, there is no record of a health service prescription being dispensed in Northern Ireland.

Dr O’Hare was summoned to a meeting with Home Office officials recently and told to desist.

Ms Caldwell made the trip to Toronto and back with 12-year-old Billy to get a six-month supply to treat up to 100 seizures a day, but said border officials seized the oil.

A statement from the Department of Health in Belfast said: “If anyone wants guidance on the process for seeking a licence for a clinical trial, we would be happy to provide advice on this matter.”

He recommended she take her son to one of three specialist consultants but her requests have not been accommodated.

The Health Department in Northern Ireland said it had been in “repeated contact” with the Home Office to explore possible ways forward in respect of patients seeking access to cannabis-related medicines.

It said: “Our officials are naturally keen to be sensitive and understanding towards parents campaigning on this issue.

“Clearly, the Department has to comply with the law – and advise colleagues in health and social care to do likewise.

“That would include advising any doctors that prescriptions cannot be written for defined cannabis-containing products without a government licence.”

Ms Caldwell said the case was escalating into the medical version of the Windrush controversy, which saw the resignation of former Home Secretary Amber Rudd over immigration policy.

She said: “We’re in London, minutes away from the consultants the Home Office told us on Monday to go to see – immediately – and we’re being denied.

“We know at least one of them is in direct contact with the Home Office, but not why.

“There is no time to be messing about with referrals. Billy is available now. We need direct access.

“We do not understand why the Home Office would tell us to go immediately to consultation, or why nobody will see us.”

British prime minister Theresa May’s official spokesman said: “We are obviously very sympathetic to the difficult situation that Billy and his family are faced with.

“We recognise that people with chronic pain and debilitating illnesses will of course look to alleviate their symptoms, but it is important the medicines are thoroughly tested to ensure that they meet rigorous standards, so that doctors and patients are assured of their quality and safety.”