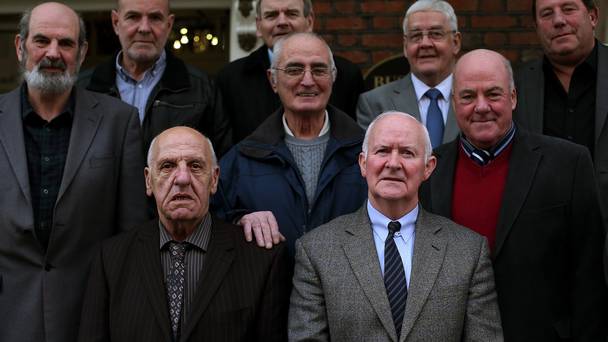 THE Irish government will appeal a European court decision that found the UK did not torture a group known as the Hooded Men at a Co Derry Army base during the Troubles.

The Dublin government will request a referral to the Grand Chamber of the European Court of Human Rights (ECHR).

It said there was “no justification” for revising an original judgment of 1978, which held that while the men suffered inhumane and degrading treatment, they were not tortured.

The ECHR judges rejected the Irish case by a majority of six to one.

One of the Hooded Men, Kevin Hannaway, said the decision to appeal was a mammoth step for survivors of torture around the world:

“We all intend on fighting this case to the very end on behalf of ourselves and those who have passed away since the treatment we underwent.”

“The international significance of this case is duly reflected by the fact that this case will now be referred to the highest court in Europe.

“The grounds were self-evident. We now look forward to an expeditious hearing in the Grand Chamber.”

The men claim they were subjected to torture sanctioned by the state at the base in Ballykelly.

They say they were forced to listen to constant loud static noise; deprived of sleep, food and water; forced to stand in a stress position and beaten if they fell.

The men have also said they were hooded and thrown to the ground from helicopters – despite being at near ground level, they had been told they were hundreds of feet in the air.

The five techniques the men were subjected to were later banned by the prime minister at the time, Edward Heath.

In March, the ECHR found: “The Government of Ireland had not demonstrated the existence of facts that were unknown to the court at the time or which would have had a decisive influence on the original judgment.

“There was therefore no justification to revise the judgment.”