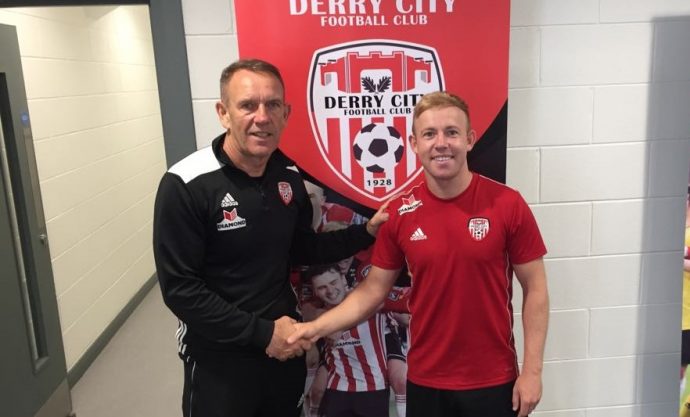 DERRY City will travel to Dalymount Park tonight, Friday, June 8, looking to extend a phenomenal winning run against Bohemians that stretches back to the start of 2016 (kick off 7.45 pm).

Kenny Shiels has won all nine of his matches against Keith Long’s team- eight in the league and one in the FAI Cup- but the Derry manager is adamant that the hosts will be favourites to buck the trend in this one.

“We go there with a great record against them and that will give us confidence, but they are one of the strongest squads in this league”.

“We’re on a bit of a slump at the minute but we really need to pick ourselves up going into the break.”

“We have to be more resolute and need to stop the basic errors like the ones that stopped us getting a result against Cork.”

On the team front Nicky Low sat out the second half of Thursday’s training session and Shiels said that he was one of three players whose fitness was being monitored.

“It’s great for us to have Nicky committed for the rest of the season at least.

Unfortunately he has picked up a knock in training today as you can see and he, along with Gavin Peers and Conor McDermott are doubts at the minute.”

With the imminent arrival of new faces in the summer it’s a game the Candystripes can ill-afford to lose as they look to launch a top-three challenge in the second half of the season.

As usual, both Drive 105 and Radio Foyle will be providing live commentary coverage of the game.