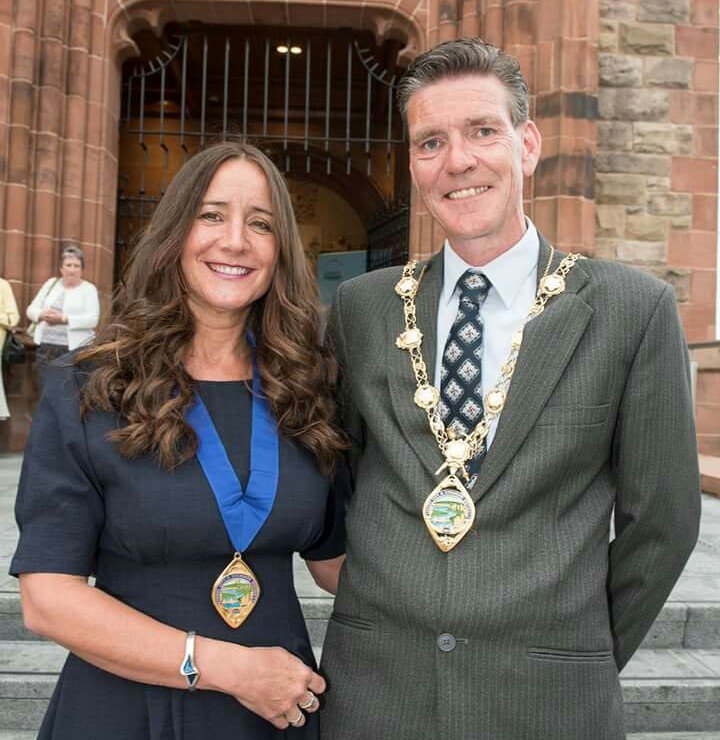 SDLP Councillor John Boyle was installed this evening as the new Mayor of Derry City and Strabane District Council.

He replaces Sinn Fein councillor Maoliosa McHugh who was Mayor for the past year with Cllr Boyle as his deputy.

During his inauguration  at the monthly council meeting this evening in the Guildhall, Mayor, Cllr John Boyle pledged to “serve selflessly, with integrity and without prejudice” .

He will be supported by Alderman Derek Hussey (UUP) in the role of Deputy Mayor.

Mayor Cllr John Boyle also revealed that Foyle Search and Rescue is his chosen charity for his year in office, praising their “commitment to saving lives”.