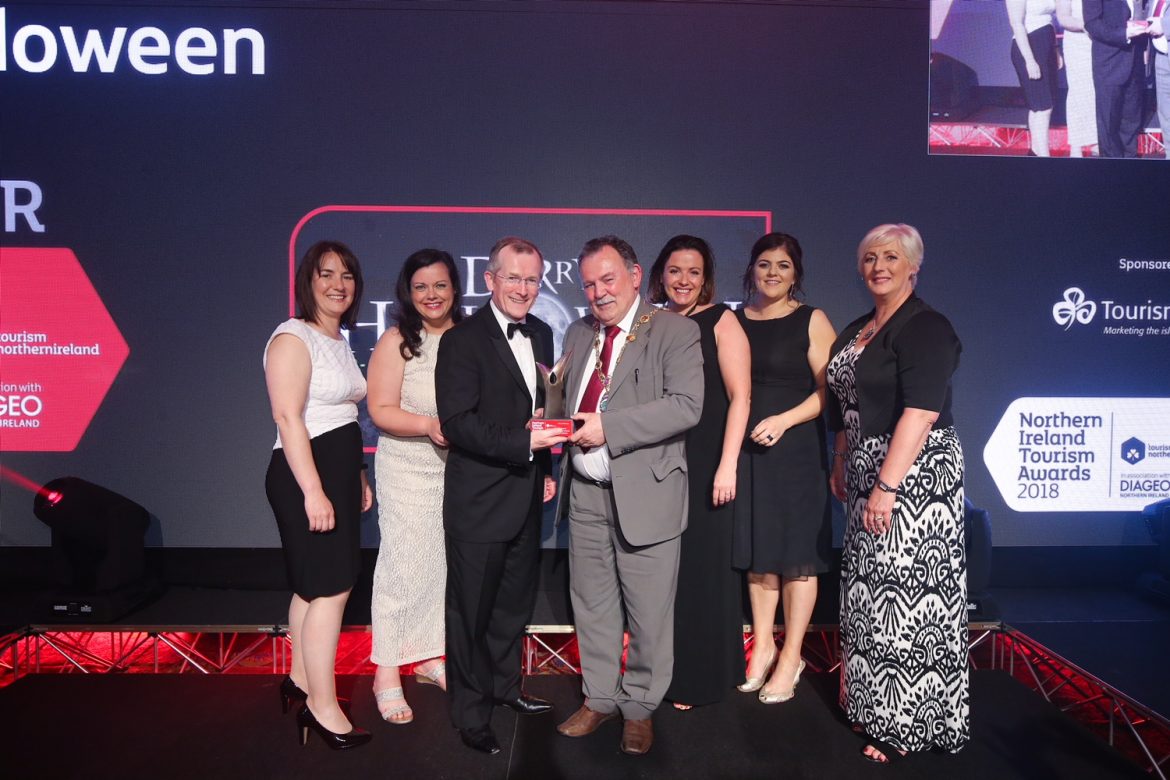 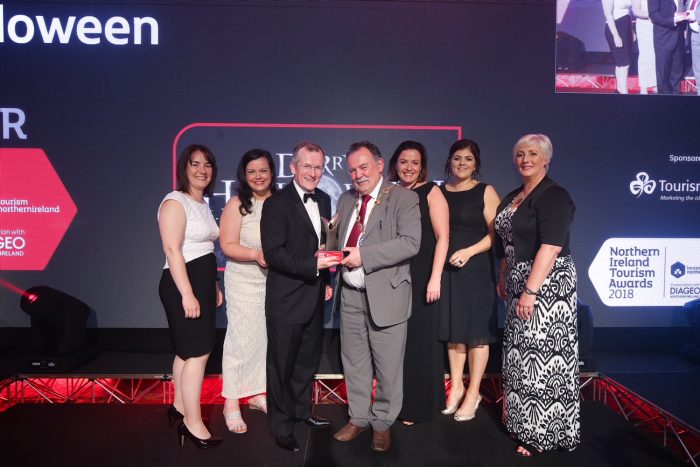 The special anniversary event, organised by Tourism NI in association with Diageo NI, was held at the Europa Hotel in Belfast, where the inaugural awards first took place in 1978.

Derry City and Strabane District Council stepped up to the podium twice as its Slow Food Festival won the NI Food and Drink Experience of the Year and its renowned Halloween festival won Best NI Event or Festival Experience.

Originally titled the ‘British Airways Tourism Endeavour Awards,’ the annual event has recognised many hundreds of local businesses over the years for their inspirational contribution to the tourism industry.

Celebrating the huge step changes in the industry over the last four decades, the anniversary event received a record number of entries spanning 11 different categories.

Winners on the night included Titanic Belfast, which scooped the Best International Experience following its crowning as the World’s Leading Tourist Attraction. 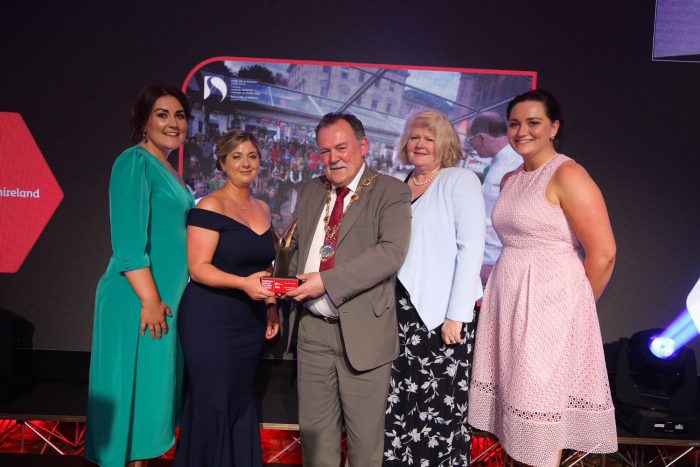 Speaking at the event, Tourism NI Chairman, Terence Brannigan, said: “Northern Ireland’s attractiveness as a tourist destination has come a long way in the last three or four decades.

“When you compare today with 1978, the step changes that have happened in our industry cannot be missed nor underestimated.

“In the last six years in particular the sector has performed consistently well.

“Today we are Lonely Planet’s Best Region in the World to visit in 2018 and we are preparing to host The Open Championship in 2019, the most prestigious golf event on the planet.

“Tourism is now one of the largest, locally owned, internationally traded sectors of our economy, supporting 60,000 jobs either directly or indirectly and offering Northern Ireland one of its best opportunities for economic growth.

“Considering the challenges that the industry has faced over the last 40 years, the achievements have been nothing short of immense.”

Jorge Lopes, Country Director, Diageo NI said: “What a fantastic evening for the tourism and hospitality industry in Northern Ireland.

“The Awards really served to highlight the significant strides the industry has made over the last four decades and
Diageo is very proud to be a part of that journey.

“Congratulations to all the winners, indeed to everyone shortlisted for awards. I think we can feel extremely positive and
excited about the future of tourism in Northern Ireland.”