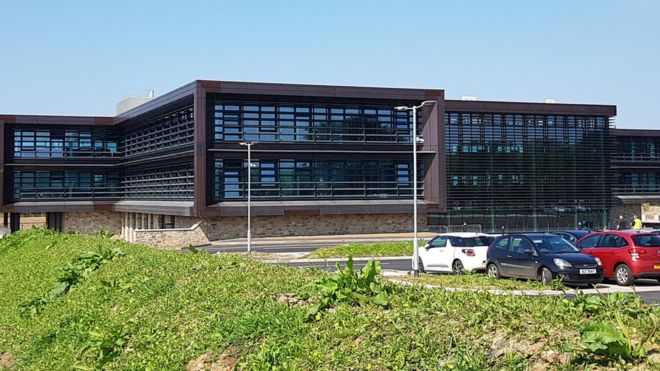 CIVIL servants from other Stormont departments may be asked to move to the Department of Agriculture, Environment and Rural Affairs’ (DAERA) new headquarters in Co Derry.

The £21 million facility in Ballykelly opened in March this year with a capacity for 600 staff.

An initial 240 DAERA staff have relocated to the new HQ with a further 80 employees expected by 2021.

DAERA deputy secretary Colin Lewis said the the remaining jobs may have to come from other government departments.

“There is a question as to how we fill the remainder of the building,” Mr Lewis told BBC Radio Foyle.

“We have committed a large amount of funding to this building so to maximise its value we need to fill it as soon as possible,” he said.

Plans to relocate the department’s headquarters from Dundonald House in east Belfast to Ballykelly were first mooted in 2012.

DAERA employs around 2,900 people in total.

Mr Lewis said in the first instance the “option analysis will look at how many people we could move from within my own department.”

“But it will also include other options. We will be talking to other departments as to whether they wish to move functions here,” he added.

SDLP assembly member Mark H Durkan said he had concerns about plans to relocate staff from other departments and locations.

“When they have that state of the art building and there are over 300 desks left to fill, the civil service will be looking at the point of paying rents, rates and running costs on other buildings here in the north west,” he said.