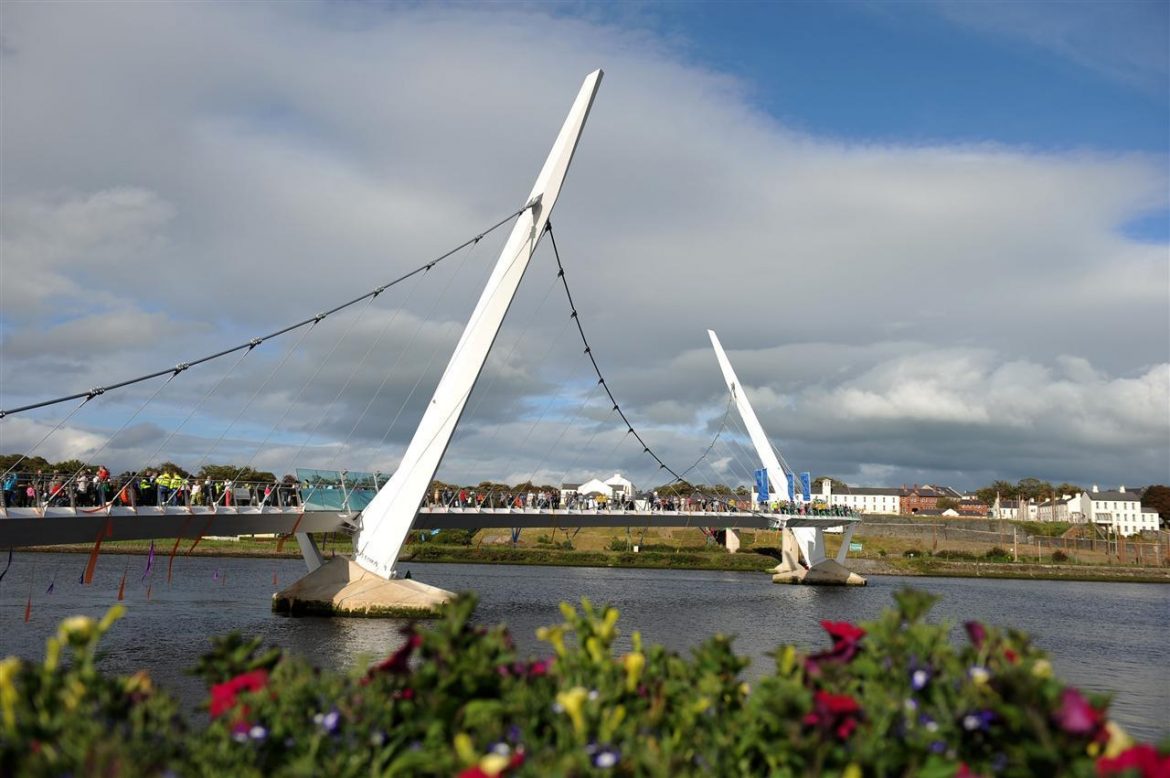 The partnership is made up of a wide range of agencies across the community, statutory and voluntary sectors, who have been tasked with overseeing the delivery of the Strategic Growth Plan for Derry and Strabane.

Following reports on the economic forecast for Derry and Strabane, Council Chief Executive John Kelpie, took the opportunity to give an update on the detailed and evidence-based ‘Statement of Intent’ developed for the deal, negotiations with local and central government representatives, and the extensive lobbying and engagement which has been carried out to date.

“Council officers have been working at the most senior level with the Civil Service to advance our proposals,” he stressed.

“We now need a firm commitment from Central Government that we will be progressing from the current discussions, which have been extremely positive to date, to formal negotiations.

“We had a very encouraging meeting yesterday with the NI Civil Servants working group.

“We’ve presented what are detailed proposals based on the key objectives of our Strategic Growth Plan and had ongoing meetings with the relevant officials, including the Head of the Civil Service, the Secretary of State and Minister Sajid Javid.

“It is now critical that an announcement is made confirming the government’s commitment to the North West, and in the interim we as a council will continue to work with our partners around finalising the detail of our plans.”

At a meeting yesterday members heard from Gerry Kindlon, executive director of Seagate, who gave an update on the current economic landscape, while senior economist with Council, Michael Gallagher, presented a report on the economic forecast for the City and District, compiled by Ulster University’s Economic Policy Centre.

Partners also heard more on the development of a monitoring strategy to capture the impact of the Strategic Growth Plan over the coming years.

Mayor of Derry City and Strabane District, Councillor Maolíosa McHugh, emphasised the importance of the partnership’s role in taking the Growth Plan forward.

“Having published our Strategic Growth Plan at the end of last year we are now progressing well with the arrangements which will ensure the successful monitoring and delivery of the strategy,” he revealed.

“I was pleased to have the opportunity today to hear from the Economic Delivery Partnership on their progress and key actions, and also the Economic Overview and Forecasts for the region as presented by the Economic Policy Centre.

“Council is working closely with political representatives, and a range of other stakeholders across the city in its bid to secure a City Deal for the NW and seeking further engagement with the relevant government departments.

“This remains top of Council’s agenda, and the delivery of a City Deal is key to the successful delivery of our Strategic Growth plans.

“That coupled with a strong cohesive approach to achieving the economic transformation of this city and region. I want to thank all our partners for their continuing support for this process.”

During his presentation, Gerry Kindlon stressed the potential of the knowledge economy and talked about the findings of the Knowledge Economy Report.

He highlighted the importance of delivering on skills and education, focusing on the key emerging areas of data, artificial intelligence, analytics and preventative medicine.

He also stressed the importance of partnership, and taking a cohesive approach to driving growth saying that the SGP was taking the right approach to developing and delivering an effective strategy for the region.

Council’s Senior Economist Michael Gallagher updated partners on the current economic forecast and the changes which must be initiated to transform the local economy.

Partners heard that tourism figures here are currently very strong and there is good growth in manufacturing.

While unemployment is gradually decreasing, however, the high economic inactivity rate remains a challenge for the local economy going forward, with 37.7% designated as economically inactive, way above the NI average of 26%.

Through the implementation of this plan we will be focusing on areas which are showing strong growth such as Information Technology and ICT, Mr Gallagher stressed, particularly in anticipation of Brexit and other potential challenges and opportunities.

Work must be done to deal with issues such as automation, increasing productivity, securing a City Deal, as well as mitigating the impacts of Brexit.

Tackling economic inactivity and dealing with inflationary pressures are all key to accelerating the growth and development of the city, he added.

In terms of monitoring arrangements, the Local Government Act (NI) 2014 requires councils and community planning partners to monitor the progress and effectiveness of Community Plans and councils must produce reports on progress every two years as part of the Community Planning governance arrangements.

At the meeting partners were informed that while formal monitoring measures are being put in place over the coming months, officers and NISRA staff based within council will continue to meet with Outcome Delivery Partnerships, Statutory Partners and other Community Planning Support Partners to agree baselines and identify Performance Measures to assist in development of this monitoring system.

During the meeting members also heard from the Education & Skills Delivery Partnership on the application process to become a UNESCO Learning Region and the benefits such a title would bring.

The issue of building community confidence in the rule of law and helping embed a culture of lawfulness within the Strategic Growth Plan, was also raised, and members were informed that officers have been engaging with the district Policing and Community Safety Partnership (PCSP) Manager to consider how best to develop this engagement.

To find out more about the Strategic Growth Plan go to growderrystrabane.com